Last june in Praha, Czek Repubblic, delegates from WSF member nations joined the annual WSF General Assembly. Here is a shot story about what was decided during the meeting and main news for the incoming season.

Last June in Praha (Cezk Republic), the World Snowboard Federation ran its 3rd General Assembly. Many things happened in the last 3 seasons, and finally the WSF present now a solid program with many national associations involved in the development of the independent snowboarding thanks to a network of international projects and events.

To follow is a short report of the main features of the WSF GA06. For further details you can check the official web site www.worldsnowboardfederation.org (on line from the end of september).

After the GA, it was evident that a lot of energy by the WSF has been – and will continue to be – dedicated to the roots of snowboarding, namely rookies and amateurs. A connection with the “pro level” is done thanks to the co-operation with the TTR World Snowboard Tour though the inclusion of WSF results into the TTR World Tour Rankings. Drew Stevenson, CEO of the TTR Society, was present to help the development of this “co-operation process” in the best possible way. 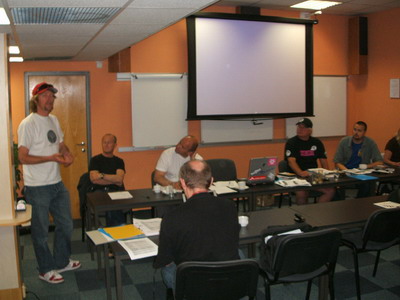 One of the main benefits for co-operation with TTR is the “TTR World Ranking System” based on the “Star Tiering System” in which the competitions have a “Star value” from 1(One) star for the small regional competition, to 6(Six) Star’s for huge international events. Most of the WSF events will be 1(One) and 2(Two) Star events, organized by one of the 28 WSF National Snowboard Associations.

The TTR World Tour Raking List was introduced successfully during the 0506 season and will be improved upon each year. For the coming season we expect good results and the development of a solid base to get national rankings included in the TTR World Rakings. Every rider that completes an event from 1(One) to 6(Six) star will get points registered on the TTR World Rakings which are related to his result and Star level of the event. The majority of WSF competitions will be included in this World Ranking System.

One important news concerning the WSF management is the new press office service and web site at www.worldsnowboardfederation.org, that will operate from the beginning of September 2006 onwards.

The WSF announced during the GA a variety of new activities for the coming season. Here follow some of them while for the complete update of WSF project you can check the WSF web site www.worldsnowboardfederation.org (actually under construction).

– Introduction of a women’s category and age groups into the world ranking.
– A lot of assistance for the event organizer that include their competition in the WSF calendar at 1(one) and 2(two) star levels. Assistance includes press office service, news on the WSF web site, points for the TTR World Rankings and possibility to use prize money and technical staff for the competition of 1(one) and 2(two) star levels. Much information about the ranking system will be available soon.
– WSF Headquarters will be in Norway (for General Secretary, Rankings Management and International Projects Development), in Japan (Administration and Financial Supervision), Italy (Press Office and Web Site), Russia (Sponsor Research) and Czech Republic (Legal Address).
– The WSF World Rookie Tour 2007 was announced with international competitions in Italy, Korea, USA, world finals in Austria and a summer jam to be defined. Every event will create a continental rookie title, with a final in Austria securing the World Rookie Champion.
– Every national association can organize a “National Rookie Fest” to select the national team and promote the rookie development.
– New international projects for female snowboard development are proposed by the Norwegian Snowboard Association (one of the most established in the world).
– New Board of Directors for 2006-2008:
.:. President: Gunnar Tveiv (Norway),
.:. Vice President: Alexey Stetensko (Russia),
.:. Board of Directors: Freddog Mertl (USA), Shinzo Tanuma (Japan), Francoise Olivier (France), Marco Sampaoli (Italy)
.:.Controlling Committee: Dagfrid Forberg (Norway), Randy Mertl (USA), Ishi (Japan) 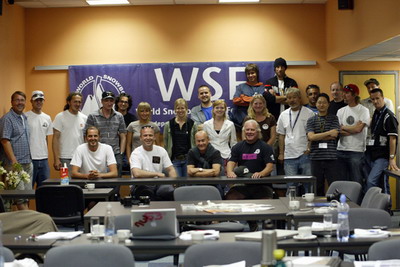 From what we have seen, WSF is focusing a lot of energy on new projects and the development of independent snowboarding events, on rookies and amateurs and the cooperation with the TTR Society and its TTR World Snowboard Tour. All this will offer to the national association a lot of idea and support to improve their own national movement and start international projects.