Last weekend the best Austrian freestyle snowboarders again fought it out for the crown at the „Shred Down Austrian Masters“, the national snowboard championships in Innsbruck/Nordkette. 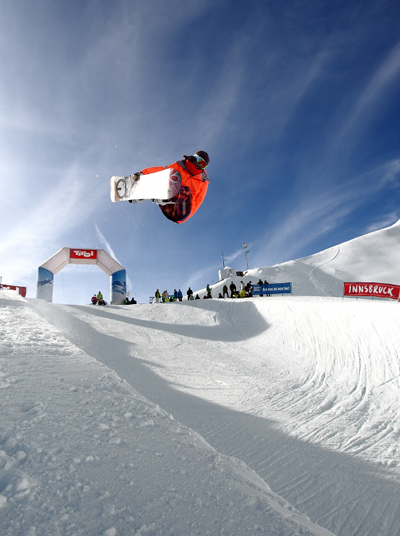 Mostly it was all about having fun but the main goal of the riders was to bring home the title of the Austrian halfpipe master at the official Austrian freestyle championships. During a bluebird day the spectators saw snowboarding at the highest level on the Nordkette in Innsbruck.

Big names of the local and international snowboard scene were present and they showed breathtaking and spectacular tricks. Special highlight was the legends ranking. Past winners and additional famous faces such as Max Plötzeneder, Paul Burger and Andi Zierhut battled the young chaps.

The beautiful weather, der chilled atmosphere and the performences of the riders made the Shred Down Austrian Masters Superpipe competition special and unique.

The Shred Down Austrian Masters event (TTR 3* event) is a combination of a superpipe and a slopestyle competition. This weekend the slopestyle competition will take place (March 4th-6th) in the Boarders Playground in Westendorf. Apart from the title decisions there will be much more on offer in Westendorf, for example the legendary Shred Down Party in the Alpenrosensaal with the Dj A.Skillz from England and with the famous local Dj Busy Fingaz is taking place on March the 6th.

A.Skillz’s reputation as a true party rocker has won him prime-time slots across the world at a who’s who of major events, festivals and music industry parties. Busy Fingaz is a member of the famous Wax Wreckaz dj-crew. For over 10 years he inspires with a mix of hip hop, booty bass and electro. So you can look forward to this two exceptional djs. They will burn down the dance floor! 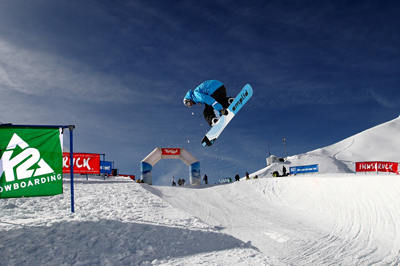 The first title decision was on the agenda at the LAAX OPEN for the Slopestyle finals. 8 female finalists and 12 male finalists rode for the podium places in the first FIS Snowboard Tour

High-Level Virtual Conference THE RECOVERY OF THE SPORT SECTOR