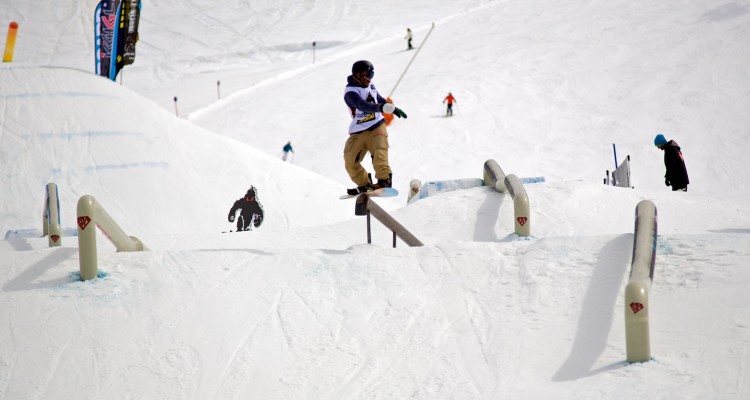 On qualification day 2 of the 2014 VÖLKL WORLD ROOKIE FINALS, it was the Rookies’ time to shine. 56 boys and girls up to 18 years competed for their entrances to the big finals. 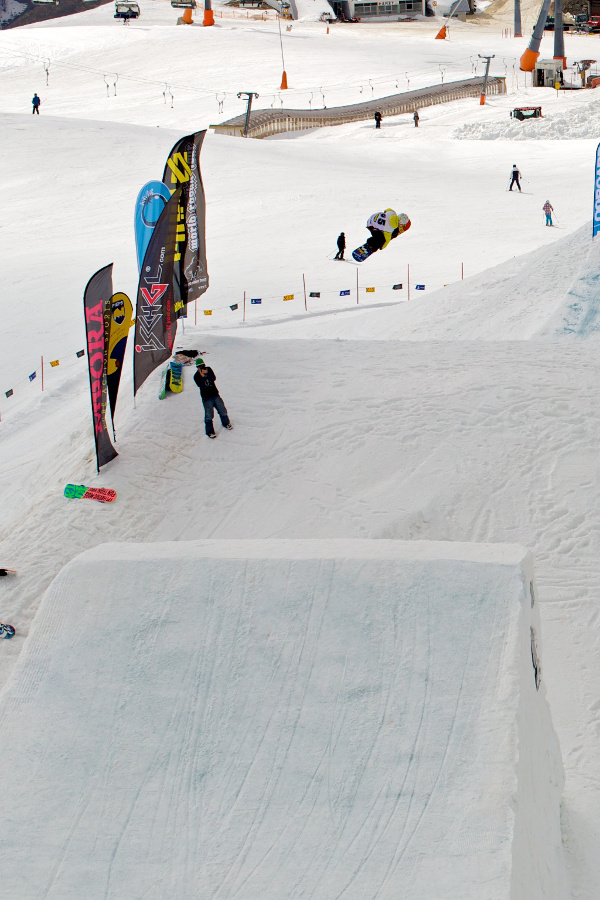 Close behind him came Mons Røisland (NOR) as second best male Rookie performing a huge Switch Backside 900 Tail Grab, a Frontside 720 Indy and a superstylish Japan Backflip out of the toblerone, closing with a huge Cab 360 Shifty out of the pink ball. 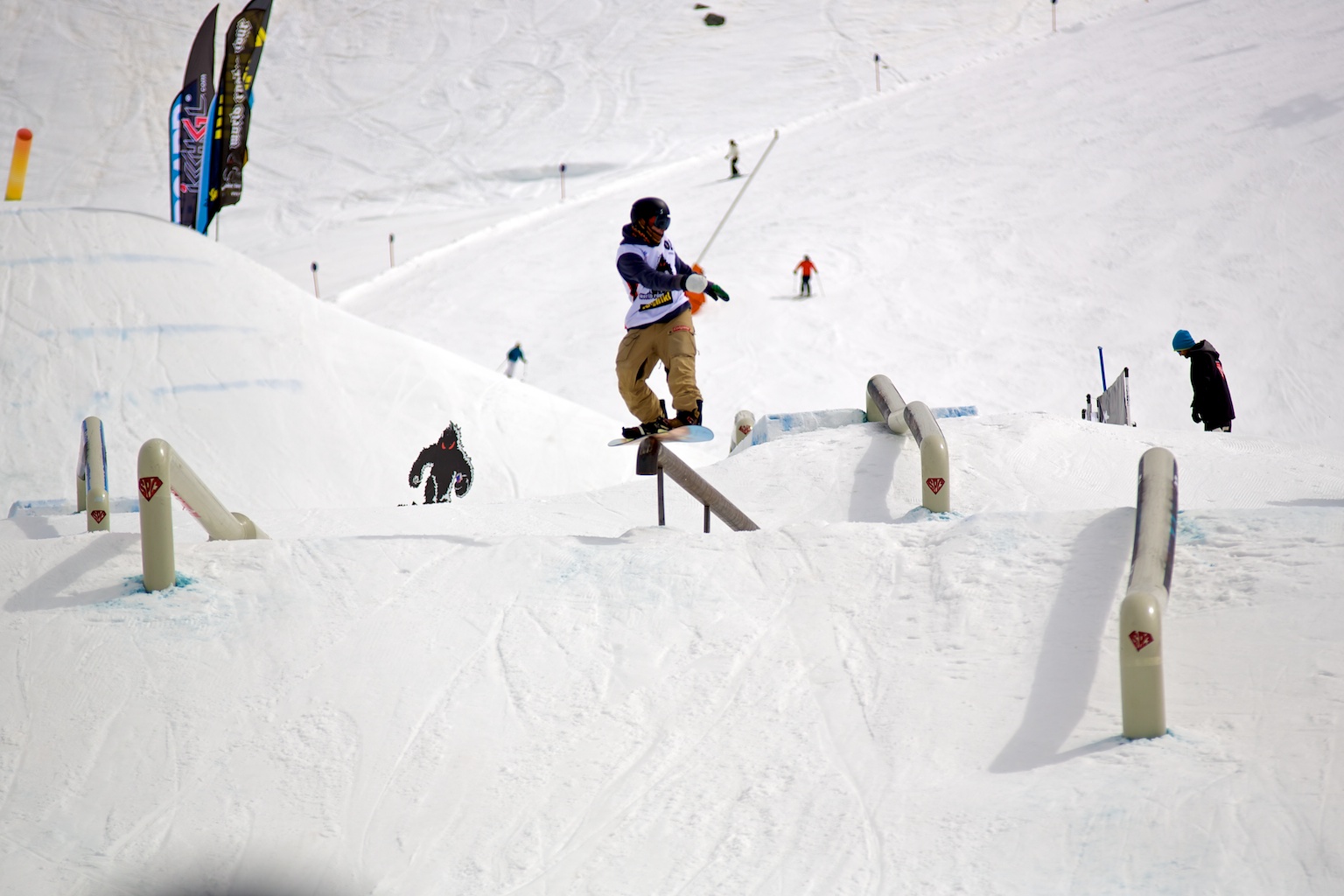 Alois Lindmoser, AUT
The other qualifiers impressed with tricks like a Cab Double Mute Underflip (Sean Neary, USA),a Frontside 1080 Mellon (Alois Lindmoser, AUT) and a lot of huge Back 720s and supercool Front 720s.
“The level of riding in the qualifications among the boys as well as the girls improved again in comparison to the last year”, said the happy event organizer Meinhard Trojer. 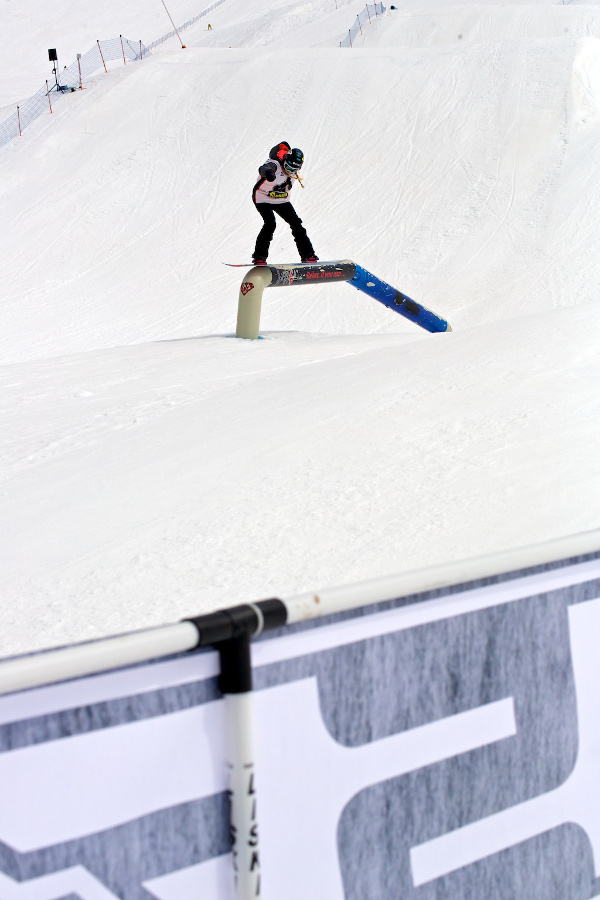 Katie Ormerud, GBR
Among the twelve female Rookies, six made their ways to the big finals. Katie Ormerod (GBR) resulted as the best girl convincing the judges with a Cab 180 Indy and a Backside 360 Indy on the first two jumps and finishing off her run with a Nose Bonk on the pink ball. The other girls who made it to the finals showed impressing Front 360s and Back 360 on the large line. 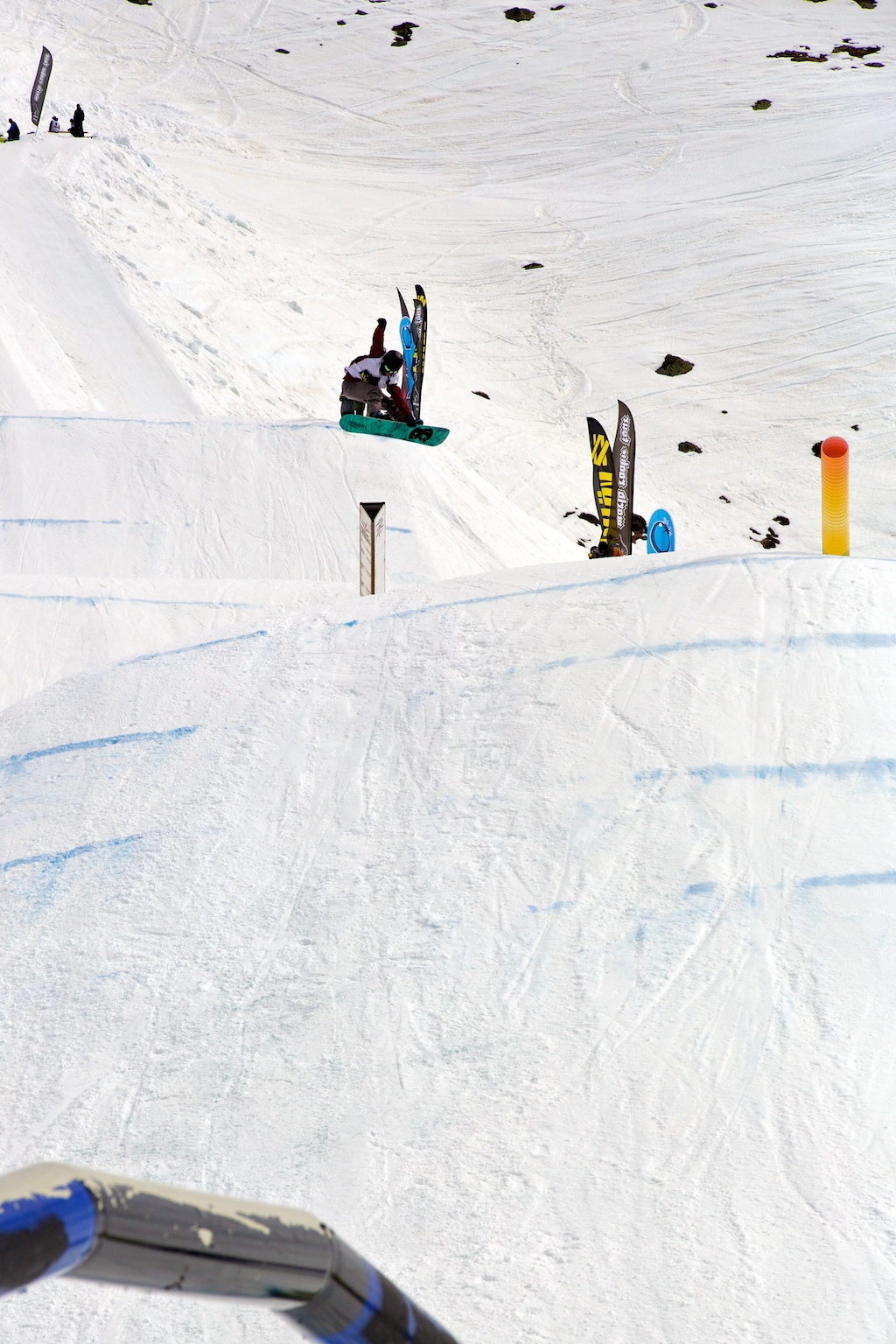 Mahalah Mullins, AUS
After the competition, the young shreadheads enjoyed all together a workshop by Viva con Agua where they learned about the value of water and the different projects of the world’s first “all-profit-organization”. 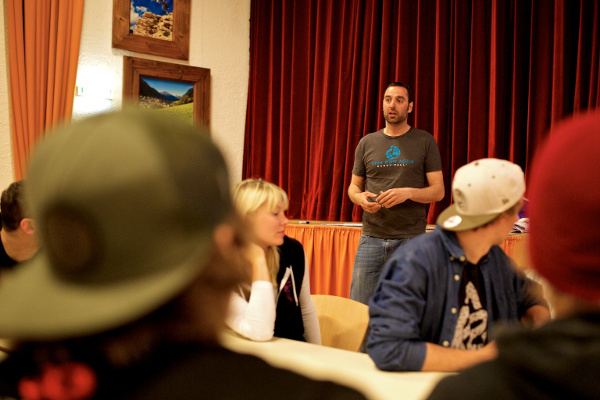 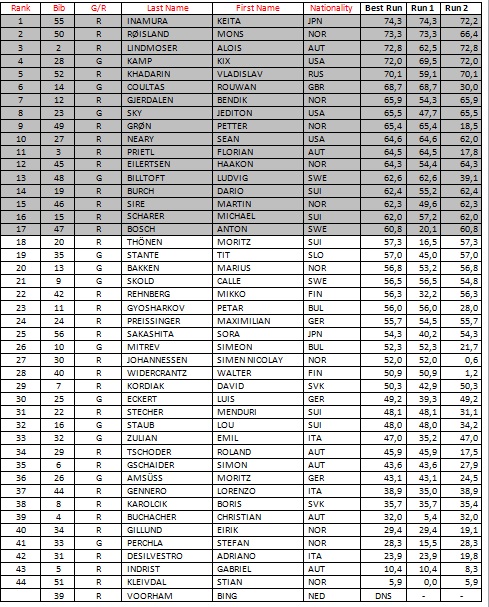