WSF GENERAL ASSEMBLY 2014 – THE BIGGEST EVER

WSF GENERAL ASSEMBLY 2014  – THE BIGGEST EVER
The World Snowboard Federation (WSF) and TTR Pro Snowboarding hosted once again their General Assemblies in Barcelona and breaking news have been revealed.

About 100 people from the international snowboarding scene around the globe took part in the meetings and many inputs have been given to WSF and TTR to push snowboarding in a new direction.

(photo credits: Philippe Reiff)
BIGGEST AND MOST SUCCESSFUL GA IN THE HISTORY OF WSF
For WSF, it was the biggest GA ever, with people from as many countries as never before: 25 nations welcomed the new National Snowboard Associations (NSAs) that will be part of WSF starting from the coming up season: Iceland, Mongolia and the re-organized Czech Republic association are the three new WSF members, of 44 members in total. 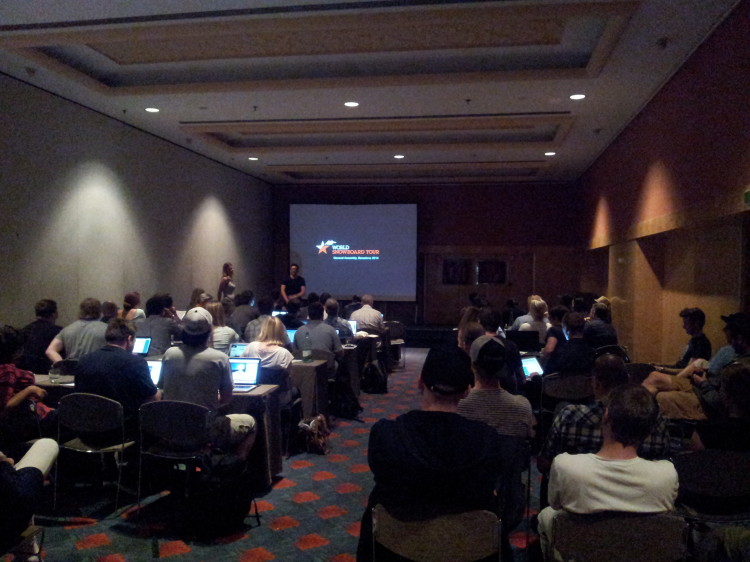 PROMISING FUTURE FOR THE INTERNATIONAL SNOWBOARDING SCENE
Updates for the upcoming World Championships of Snowboarding 2016 in Yabuli have been shared and input from all the delegates have been given on future strategies for a closer cooperation between WSF, TTR and the riders.

TTR announced their plans about the new structure of World Snowboard Tour 2.0 which has been actively supported by the pro-riders Ståle Sandbech, Torstein Horgmo and Kjersti Buaas who were joining the meetings announcing their plans of establishing a Riders’ Association. 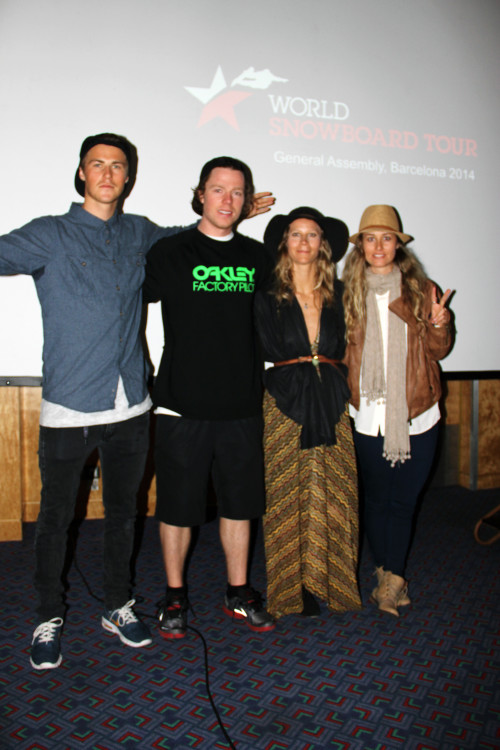 As well, the WSF and TTR GAs also welcomed the FIS delegation to share their vision for the future of snowboarding.

“The annual WSF General Assembly hosted in conjunction with our partner organization TTR World Snowboard Tour is a unique opportunity for the development of the independent snowboard communities” stated Marco Sampaoli, World Snowboard Federation President. “The GA in Barcelona offered 70 delegates from all over the globe, representing National Snowboard Association, industry, media and event organizers a change to shape the future of our sport and create great networking moments.”

NEW WSF BOARD OF DIRECTORS 2014.15
The WSF is happy to announce the newly elected and very internationally Board of Directors for the upcoming season:

10th BIRTHDAY OF THE WORLD ROOKIE TOUR
Next season, the World Rookie Tour will celebrate the 10th anniversary with special features.

Stay tuned on the new WSF website for upcoming news about the snowboard scene and to read the minutes of the WSF GA that it will be online soon. 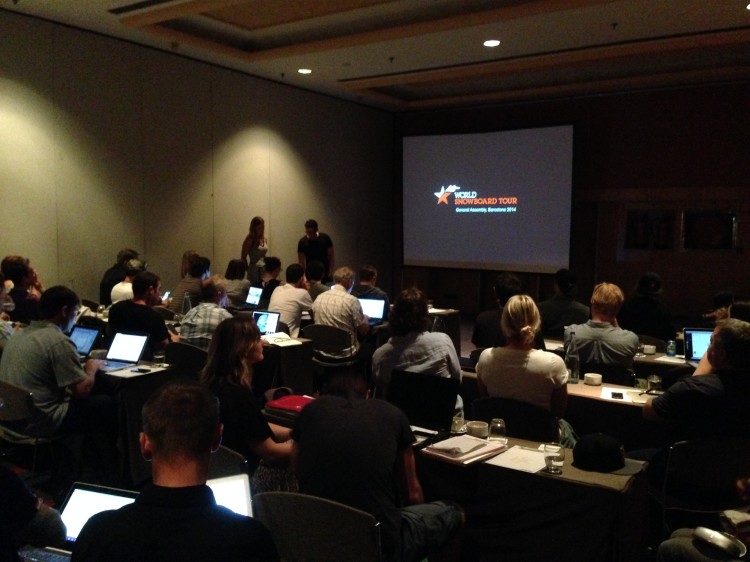 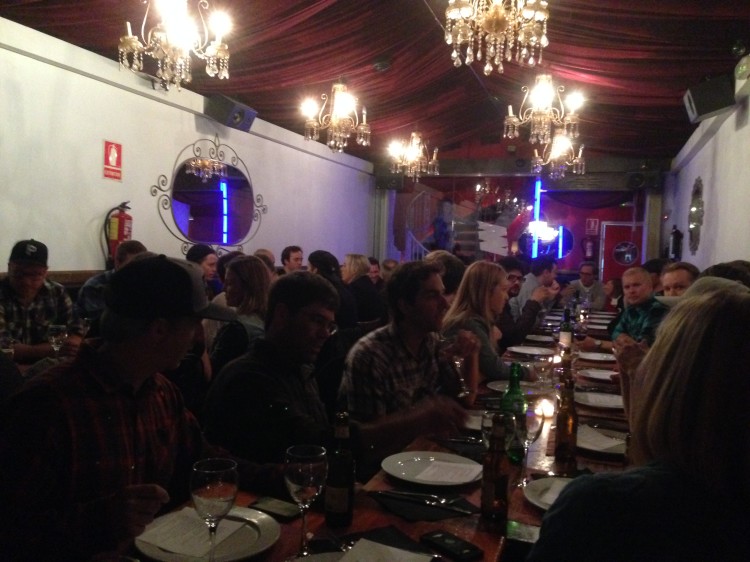 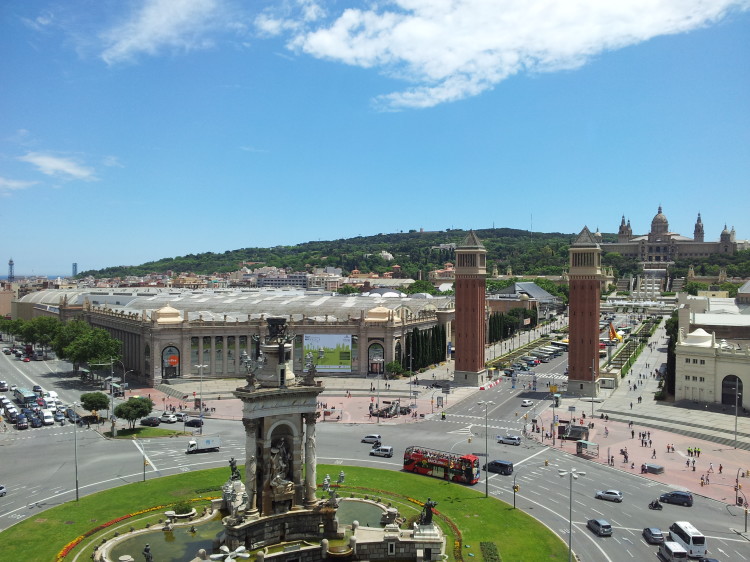 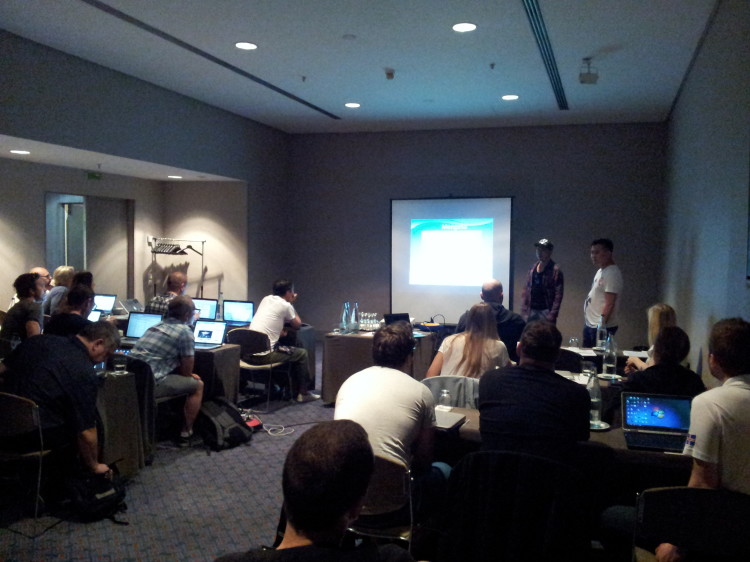