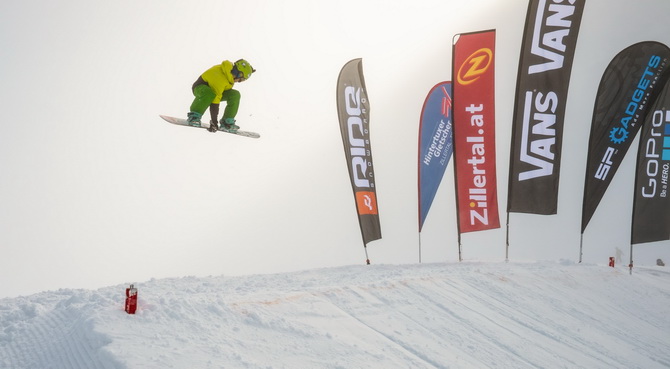 On October 25th and 26th 2014 the Zillertal Välley Rälley hosted by Ride Snowboards dropped into another season up high at the Hintertux Glacier! More than fourty young shredders came to the Betterpark Hintertux to learn new tricks and ride with the Ästhetiker pros Steve Gruber, Friedl Kolar and Klaus Hofmeister. Sixty snowboarders from all over Europe signed up for the open snowboard contest on sunday. No matter if it was groms, rookies, girls or the men´s category, everyone was throwing down their best tricks delivering a great session of creativity and style.

After the last dump of snow came the first tour stop of the Zillertal Välley Rälley hosted by Ride snowboards. The park shapers up at Betterpark Hintertux had the new snow under control and tuned the fresh into shape. On Saturday the Ästhetiker coaches were shredding park together with an ambitious crew of up-and-coming kids that were hyped to learn from the masters. All of them added something good to their bag of tricks while trying out the new GoPro and SP Gadgets products. On top of that, Ride Snowboards had their latest snowboards and bindings available for free demo all weekend long. 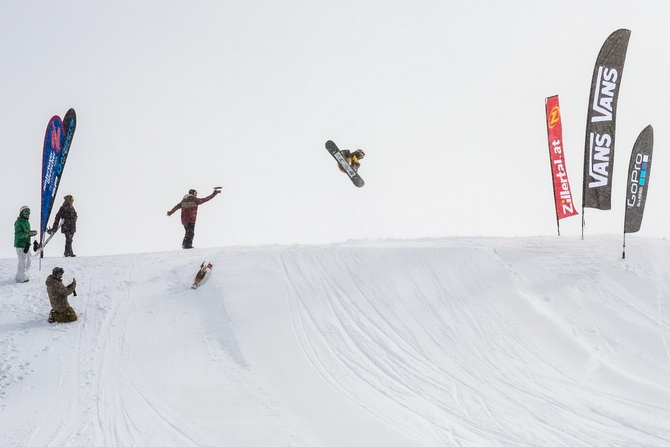 The sun showed it´s face just in time for the start of the open slopestyle contest on Sunday. There were sixty snowboarders of all age groups and riding levels hitting the park. Mini groms, rookies, girls and men were represented and put on a great show of style and creativity. All the riders ripped the same setup for prize money, snowboards and bindings from Ride, plus gear from Vans Streetwear, GoPro and SP Gagdets tools. All riders stacked their first points for the Zillertal Välley Rälley overall tour ranking.

Big congratulations to all who participated! It was Christoph Lechner from Germany that won the grom boys category while the Belgian girl Evy Poppe took the victory in the grom girls contest. German ripper Tobi Gruenwald took the top spot on the rookie podium and the Queen of the Välley 2014 and Ride Snowboards team rider Martina Zollner won the women´s category. Another Ride team rider by the name of Maximilian Preissinger grabbed top spot in the men´s contest! All rankings and results are now available on www.valleyralley.at.

The American, Mathew ‘’Boody’’ Boudreaux won the Vans Best Trick award with a stylish switch method and is now kitted-out with a complete streetwear outfit from Vans. Matthew about the Välley Rälley: “Events like this should happen everywhere you can slide sideways on snow! The Ästhetiker crew is giving back to snowboarding, what snowboarding had brought them. Good times riding with your friends, new or old!” 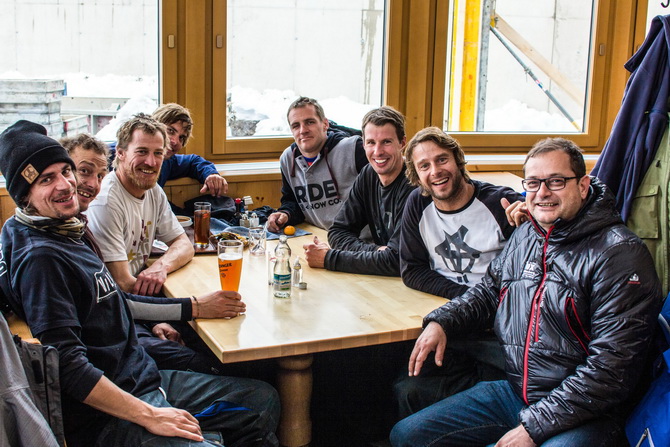 Sarah Moser, marketing manager Hintertuxer Gletscher about the first Välley Rälley tour stop: ”One metre of fresh snow just two days before the start of the 2nd Zillertal Välley Rälley hosted by Ride Snowboards have been a challenge for our shapers! But just in time for the Coaching Day, the park was ready on all five lines and the great number of motivated riders obviously had a lot of fun on the new setup!”

The Betterpark Hintertux will be open and maintained daily with the XXL setup until December 2014. XXL actually means five park lines equaling one kilometer of shred fun with more than thirty perfectly shaped jib obstacles and 8 jumps for all riding levels. All info about the Betterpark Hintertux at www.hintertuxergletscher.at

After this kick-off event in Hintertux there are three more tour stops following in Hochzillertal- Kaltenbach, Zillertal Arena and Mayrhofen. All four events will have their own podium and the riders will score valuable points for the overall tour ranking. At the forth and final event, the overall winners will be crowned prince, princess, king and queen of the välley. Get ready because the next tourstop is on schedule for December 20th and 21st 2014 at the Betterpark Hochzillertal.

Please sign up early online. All info and registration is available for you from December 1st and on at www.valleyralley.at.