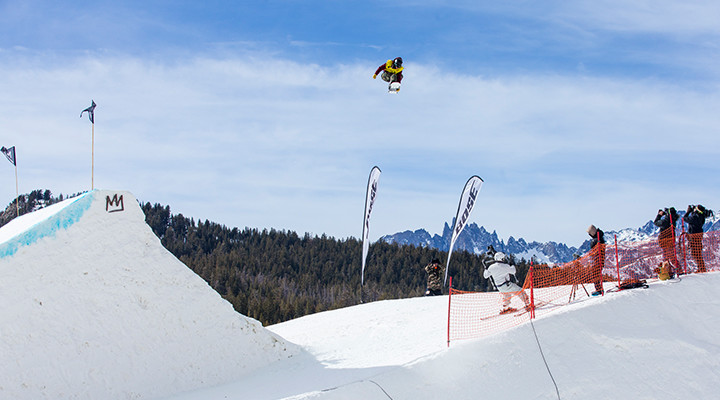 Slopestyle finals at the Sprint U.S. Snowboarding Grand Prix at Mammoth Mountain were held today, after incoming stormy weather forced the organizers to change the contest schedule of the week on short notice. Thrilling finals under challenging conditions defined the second Slopestyle event on the World Snowboard Tour (WST) Pro Series. Hailey Langland (USA) and Eric Beauchemin (USA) took home their first victories on the new Pro Series, mixing up the new WST Pro Series ranking, which will determine this year’s Pro Series Champions in both Slopestyle and Halfpipe. Smart contest riding was key today, dealing with strong winds and slow speed at times. While the ladies decided to have their qualifying scores count as the final results, the men were able to put down some solid runs, closing out finals at one of the biggest events worldwide. 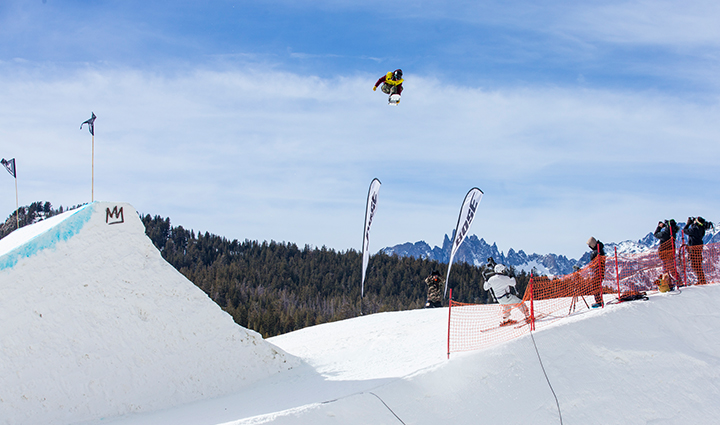 Weather conditions was the biggest challenge the riders faced today, strong winds announcing incoming storms in the next days, persuaded the organizers to hold Slopestyle finals today, originally scheduled for Friday. Qualifying from a final start field of 34 competitors in eliminations taking place in the morning, the top 10 men battled it out for the top spot of Slopestyle finals at the Sprint U.S. Snowboarding Grand Prix at Mammoth Mountain. Determining who will take home not only a piece of the USD 42,000 prize money, but also valuable points for the new WST Pro Series ranking, defining this years Pro Series Champions. In his third and final run, American Eric Beauchemin was able to score a strong 88.26 with a run of a Switch Tailslide 270, Cab 270 in 450 out, Cab 180 Backside 540, Cab 1260 Indy and a Frontside 1080 Mute, overtaking Yuki Kadono (JPN), qualified first and was leading throughout the finals, but ended up a close second in the end. Canadian Sebastien Toutant scored marginally behind the Japanese finishing in third. 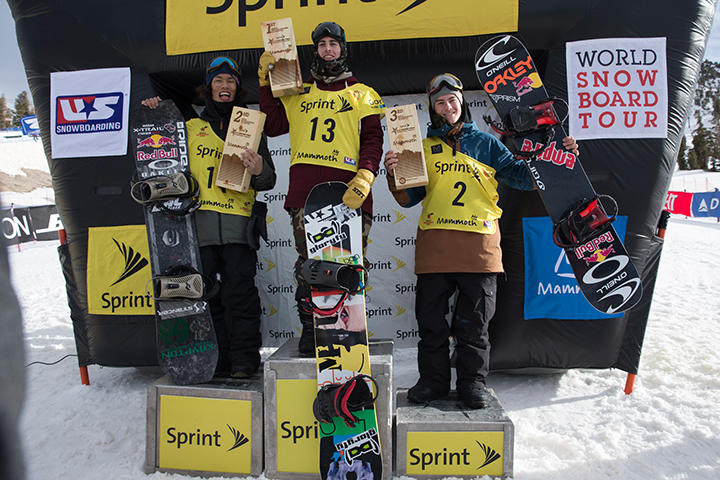 While the men were able to hold finals, the ladies decided to call it a day after struggling with the strong winds in qualifiers and the finals training session. All six finalists, coming out of a total field of 19 athletes, agreed to have their elimination scores count as the final result of the event. 14-year old Hailey Langland from the U.S., earning her spot at the Grand Prix Mammoth coming from the Revolution Tour, was able to score her first victory at an Elite Level event of the World Snowboard Tour with a run consisting a Boardslide, Nosepress Tail Grab out, Backside 180 off the pole jam, Cab 540 Underflip Stalefish and a Backside 180, scoring a total of 79.78 points. Austrians favourite Anna Gasser came in second, Enni Rukajärvi from Finland landed again on rank three, after receiving bronze at the Burton European Open as well.

The Sprint U.S. Snowboarding Grand Prix at Mammoth Mt. is the second event of the WST Pro Series, final results of the event will count towards the current WST Pro Series ranking, which only includes results from the WST Elite Level events and will determine the Pro Series Champions for this season. The WST Pro Series combines the best riders in the world with the three most relevant snowboarding events on the planet. After today’s finals Enni Rukajärvi takes the lead in the Pro Series Slopestyle ranking by finishing third on both Pro Series events so far. Hailey Langland ranks fifth, followed by Anna Gasser in sixth. On the men’s Slopestyle ranking, Tyler Nicholson (CAN) currently stands on the top with a 7th place at the Burton European Open and a 4th place at the Sprint U.S. Snowboarding Grand Prix, followed by Niklas Mattsson (SWE) after a 4th place in Laax, Switzerland and a 9th place at Mammoth Mt. California. Eric Beauchemin currently ranks third following his victory today and finishing 18th last week. As the two best results of the Pro Series will count for the final standings the Pro Series rankings are not yet final – so stay tuned. 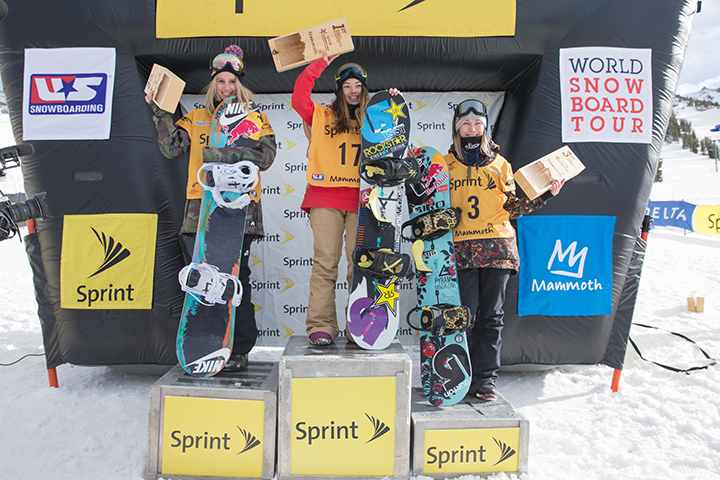 World Snowboard Tour Pro Series Champions to be crowned at the Burton US Open presented by MINI in Vail, CO

Four weeks from now riders will gather at the third and final event on the World Snowboard Tour Pro Series, the highly anticipated Burton US Open presented by MINI in Vail, CO. As one of the most outstanding events on the tour calendar and with a great history within competitive snowboarding, the Burton US Open presented by MINI will showcase the grand finale of the World Snowboard Tour once more. For the first time ever the WST Pro Series Champions in Slopestyle and Halfpipe for both male and female will be crowned in Vail. World-class snowboarding, international top riders and several side-events will make this event a must-see on this year’s tour. For those who are not able to be at the event in person, the Burton US Open will stream live on burton.com/USO. Be sure to watch!

All upcoming events of the World Snowboard Tour 2014/15 including the WST Pro Series can be found on www.worldsnowboardtour.com/wst-calendar