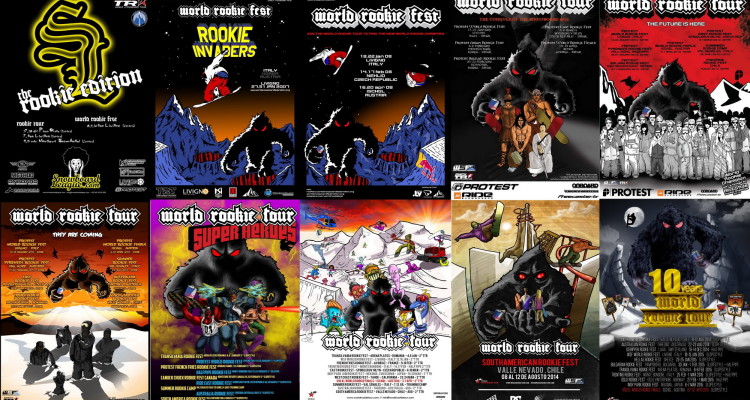 Featuring  some of today world top athlets, and yesterday snowboard legends, this video documentary shows  snowboard champions and olympic finalists when they were 12 years old riders sponsored by “mom & dad”, this 10 minutes documentary explains what the World Rookie Tour did in the last 10 years.

Norway is getting ready for the Oslo Rookie Fest 2015

The first edition of the Oslo Rookie Fest is soon about to go down. From 27. Februar to 1. March 2015, the rookies have the chance to ride the famous Superpipe at Oslo Vinterpark in a WST NATIONAL event. Besides the competition, there are a bunch of amazing side activities offered for the young snowboarders such as a practical workshop abuot sport photography hosted by Markus Fischer (Pleasure Snowboard Mag photo editor) and the possibility to rider with disabled snowboarders. Between practice and competition, the Rookies will be able to join all the other activities of the Oslo Vinter Festival, such as snowskate, bandy and ski jump http://oslo-vinterfestival.no/. All updated information about the event are online at the following link: www.worldsnowboardfederation.org/2015/02/13/exciting-program-oslo-rookie-fest-2015/

Monte Bondone will host for the 4th time the Trentino Rookie Fest from 25th february untill 1st march 2015. Due to poor snow condition the event will not feature an halfpipe competition for this season, and it will be focus on slopestyle contest with an extra night rail jam in cash for trick format and, as always, a bunch of additional side activities. All information are online at https://www.worldsnowboardfederation.org/2015/02/09/2015-trentino-rookie-fest/