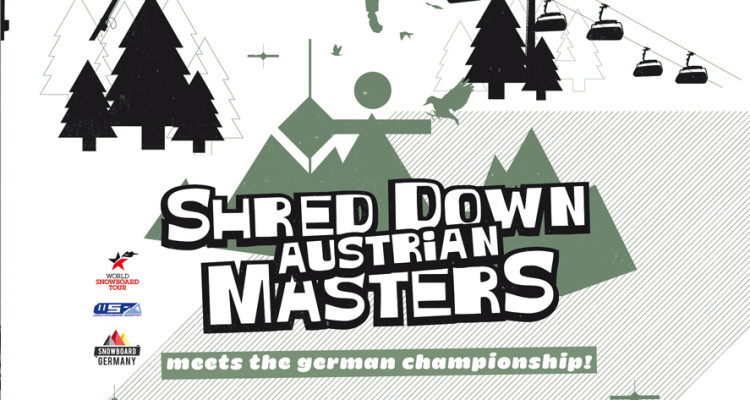 Many good stories have emerged over the years around the SHRED DOWN AUSTRIAN MASTERS. Outstanding performances, legendary parties and unforgettable moments with friends on the mountain stayed in everyone’s memories. 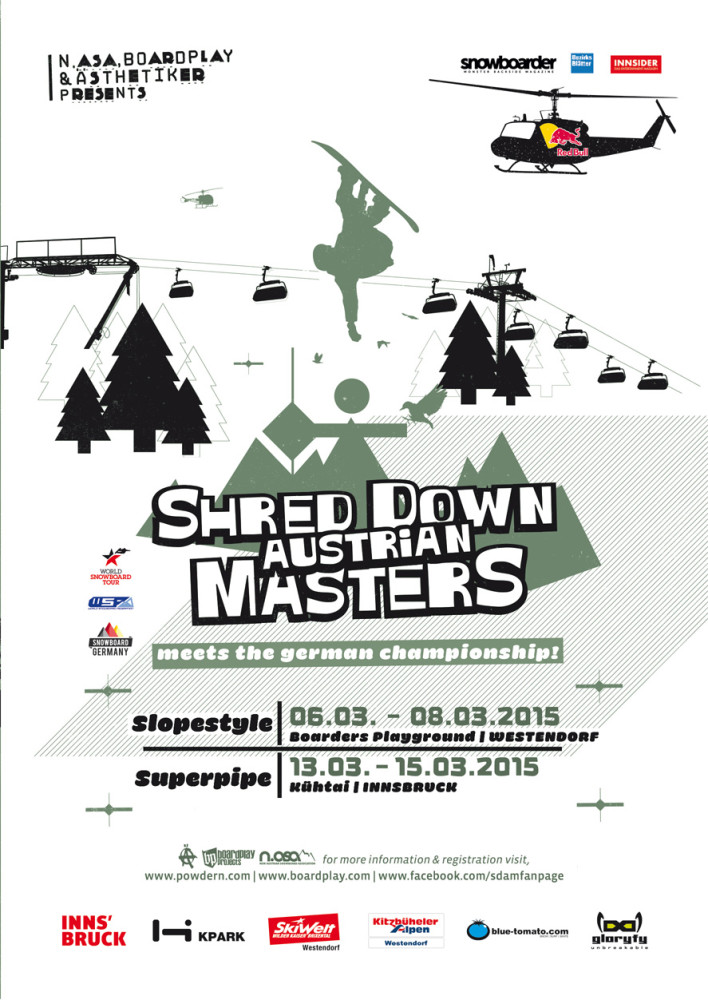 It should not be forgotten that the event has become a success story itself: ‘The SHRED DOWN AUSTRIAN MASTERS are long gone only a coming together of the national but also the international snowboard scene’ explains Rudi Kroell, former Overall Champion and Vice President of ‘die Ästhetiker’. A special collaboration consisting of N.ASA, Boardplay and Ästhetiker, allowed two prestigious freestyle events to merge into a worthy overall project. The organizers have proven that also without big sponsorship deals and promotions there are ways and means to organize world-­‐class events.Specifically,  the annual perfect conditions, a high level of freestyle snowboarding and the good atmosphere among friends is motivating the masters of the past years to join the SDAM.

The halfpipe contest takes place in the ‘K-­‐Park’ in Kühtai / Innsbruck which is supervised by the Air & Style Company. The slopestyle contest will once again take place in the ‘Boarders Playground’ in Westendorf. SHRED DOWN AUSTRIAN MASTERS are and will remain an intergenerational sporting event, by snowboarders for snowboarders! Young emerging talents, like Werni  Stock or Lisa Filzmoser back in the days, took advantage of the Masters as a springboard.

Rookies became Pros and Pros became Legends. So it will once again come to a real showdown when the best riders male and female will fight on two consecutive weekends for the Austrian Freestyle Snowboarding crown. In cooperation with Germany, our  German friends have the opportunity to obtain their national title at the SDAM. The launch will take place from 6th to 8th March 2015 in the Boarders Playground in Westendorf.

One week later, from 13th to 15th March 2015, the halfpipe contest is on in Kühtai/Innsbruck. The usual relaxed atmosphere drives the shredders again and again to peak performances! Like every year, in addition to prize money and high-­‐value prizes, there are wildcards for top events to win as well as important World Cup points. The Austrian wildcards for the WSF / TTR World Championships in Yabuli 2016 will be distributed at the SDAM 2015. Legendary are the parties on both weekends. The organizers are always keen on quality and ensure every year a terrific season highlight. It will be exciting, everything is prepared, we are on it and we wish you a successful year 2015!