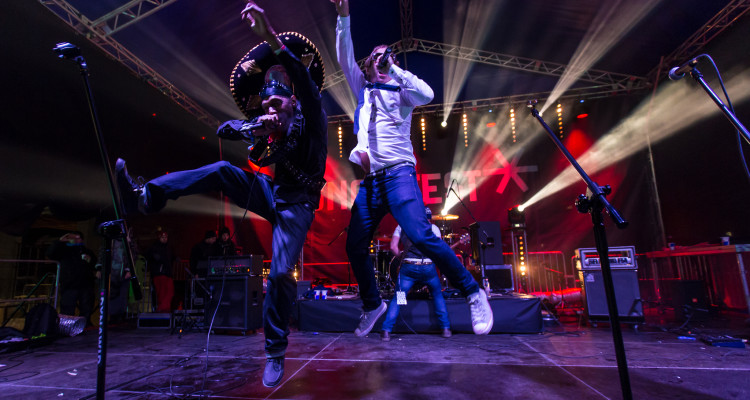 22 artists graced the second edition of Snowfest Festival which took place on 13th and 14th February on the “Plac Niepodleglosci” square in the heart of Zakopane. During the “Best Trick of Festival” fans could admire 30 best Polish freeskiers and snowboarders, and also athletes from Czech Republik, Slovakia, UK and Switzerland. Snowfest festival attracted over 2500 participans. About 1000 people took part in Afterparty. 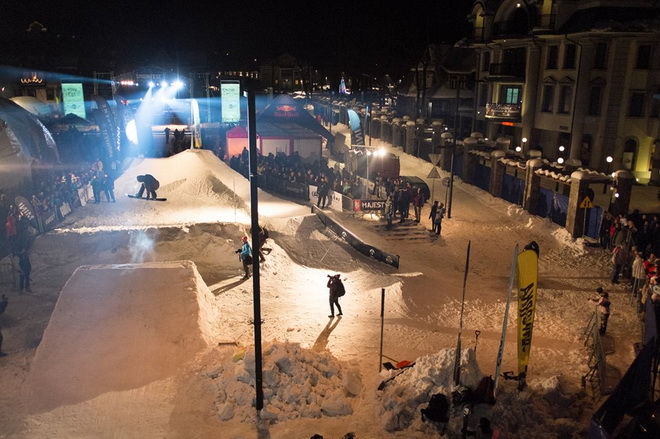 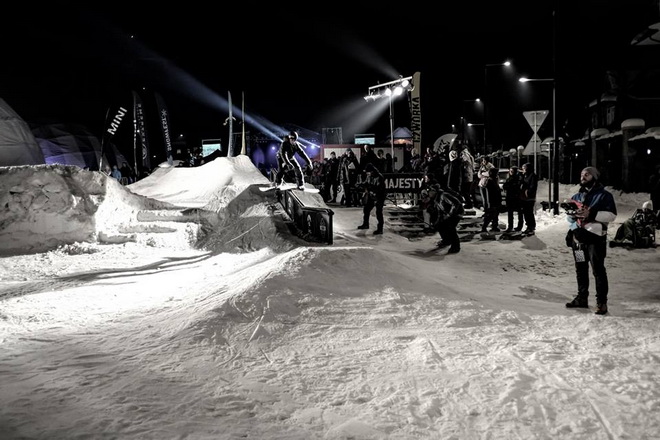 Friday was the first day of the festival. At the beginning people were hypnotized by hopes of Polish Electronic music: “XxanaxX” “Cosovel” and “Rysy” band. Part of participans chose to get a discount for a pass and went to ride on Kasprowy Wierch and Gubałówka hill, because the weather was gorgeous. Despite the fact that some people came for festival a bit later, the musicians performed for “hundret percent” creating incredible atmosphere from the early afternoon. The spherical tent specially arranged for MINI Disco already from 3 P.M was filled with outstanding music played by top Polish DJ’s .

“Completely under estimated Poland, what a beautiful contry. Lots of fun in the snow” – Greg, Roberts, Dreadzone. 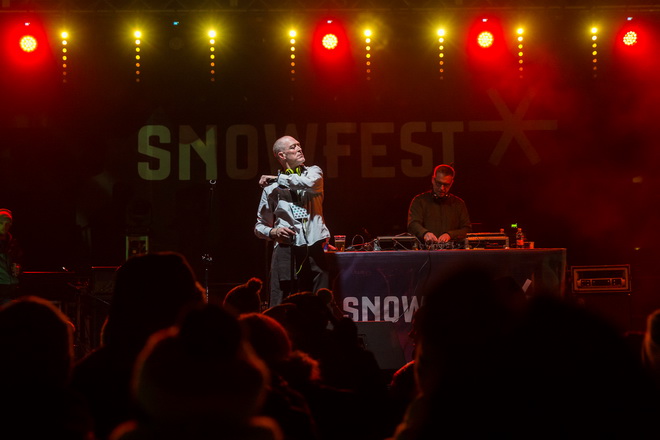 During the break between the concerts, the audience was taken by freeskiers and snowboarders who were preparing for the saturday ” Best Trick of Festival”. The competitors were facing the 7 – meter gap over „Gen. Galicy“ street.. Riders were approaching the kicker from a huge ramp, jumping over the crowds heads into a landing on the top of the „Independence Square“. After stomping first trick they were turning around on a special wall ride and going for the rail section which was placed on the stairs. The construction of the jump was coordinated by „Wolakbros“ family. Together with architects such as freeski rider Sebastian Litner, who visualized sports infrastructure, and Janek Słowik, who calculated the capacity – they were responsible for the project. For dessert, after the trainings, right after 9 P.M, we had pleasure to hear “Fisz Emade” with “Tworzywo” band.

“What a great time we had. Thank you Poland” – Mc Spee, Dreadzone 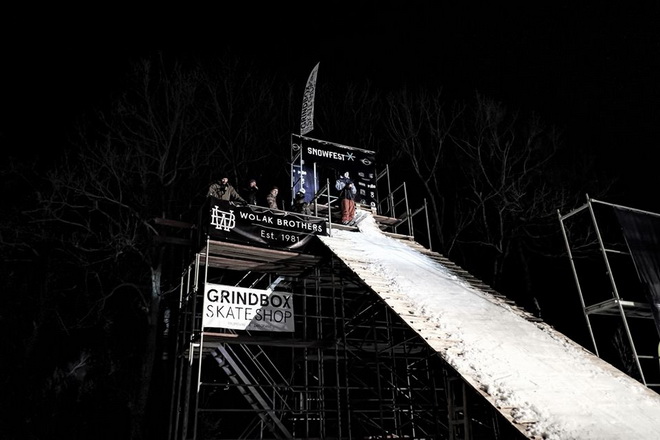 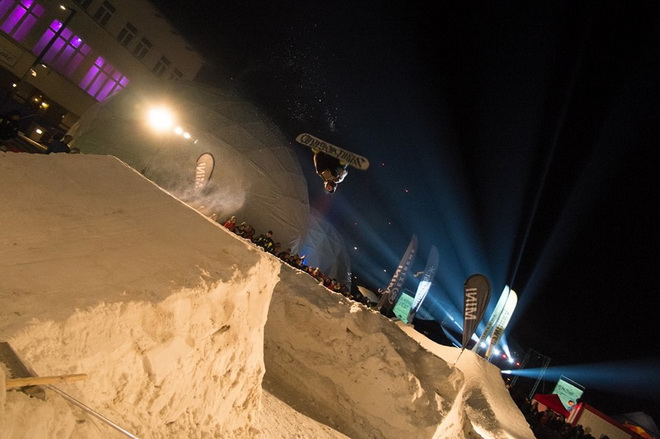 On saturday the whole event was reported live by Polish Radio “Czwórka”. This day was owned by British legends of club scene and freestyle riders. The emotions reached sky during the final round of competitions and performance of the legendary Dub Pistols group. The first performing band on the main stage was W.E.N.A. with Electro-Acoustic Beat Session. The artists appeared on stage thanks to Redbull Polska cooperation. Right after concert the audience moved closer to the Slope Style course to watch the breathtaking eliminations to the final.

“I have no idea what next year edition of Snowfest will bring, but one thing is for sure, I can’t wait!!!” – Edward Castle Henry – winner of the Best Style award

Before the finals the crowd was hypnotyzed by the London soundsystem “Dreadzone” with Mc “Spee” as a main man together with the founder of the band “Greg” behind the console. First dub sounds went from the massive speakers right after 7:30 P.M and in a blink of an eye stolen everybody’s heart. People were under great impression of the huge experience of the band! Finally it was a time for the finals! The “Best Trick of Festival” was part of the “Ticket To Ride”, the most famous World Snowboard Tour. That’s why the competitions were very prestige and the performance outstanding. Only 20 riders got into the finlas. The biggest applause was for flips, 720 spins with stylish grabs and also hard rail tricks. One of the most remarkable things we had witness, was synchronized jump of 3 riders in the same time! The atmosphere was taken to the next level also by the speakers! Among them: snowboard judge Maciej Heczko, Tv star Jacek Kaczynski and the main author of the sport event Jan Kanty Wolak – from famous Wolakbros snowboard family. The first place in Freeski took 22-years old Robert Szul, second Hubert Zieliński and third Bartek Syska. In Snowboard the winner was Nikodem Franczak, second Mateusz Zielonka and third Jakub Jamaj. All these guys got very nice prizes from: Big O Snowboards, Majesty Skis, White Pine, Palto, PKL and Wolakbros.

“Great time in Poland big up to Dreadzones MC Spee for joining us on stage for a couple of tracks” – Barry Ashworth, the lider of Dub Pistols 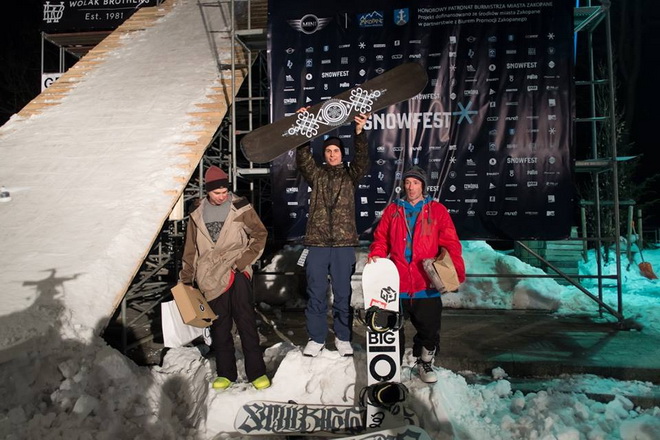 Right after competitions the time came for the final koncert of the main star of Snowfest. Dub Pistols from the very first song took over the public! The famous “I’m in love” or “The problem is” songs were not missing! The whole band was enjoying themselves very much while performing on a scene. Dub Pistols were killing it, there is no doubt they have stolen every single heart of the audience! The energy and love was in the air! Snowfest was closed by epic afterparty in Dworzec Tatrzanski. Those who came there without standing in a queue can be consider as a very lucky people! 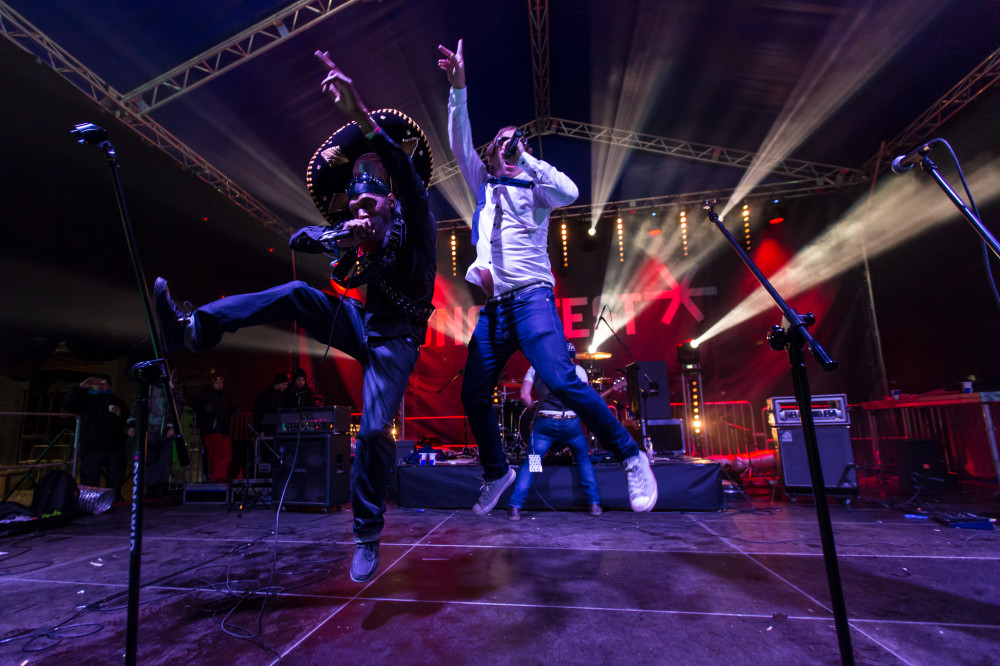 The event was co-financed from the budget of the Zakopane City, in cooperation with the Promotion Office of Zakopane. Snowfest is under the patronage of the Mayor of Zakopane. For more information about the event, please visit: www.snowfest.pl