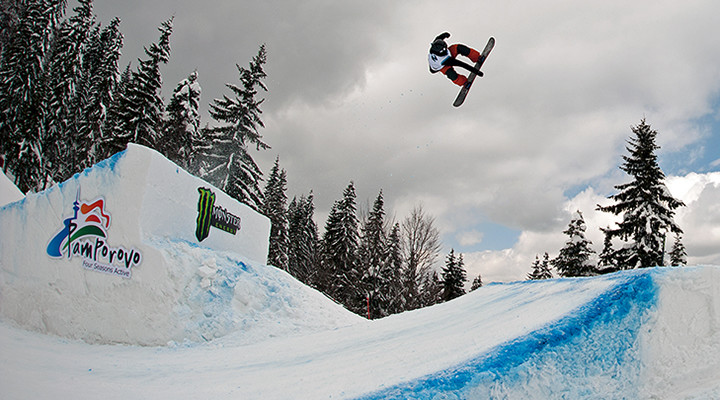 Once again Bulgaria proved it can throw down a show. This year’s Pamporovo Freestlye Open’s (PFO) level of riding was insane. Riders from 11 countries showed up to throw down some nasty tricks accompanied by Henry Jackson’s voice. Another novelty of PFO was they managed to organise the international competition for ladies as well and that just spiced the whole atmosphere at this lovely resort located in the center of stunning Rhodope Mountains. 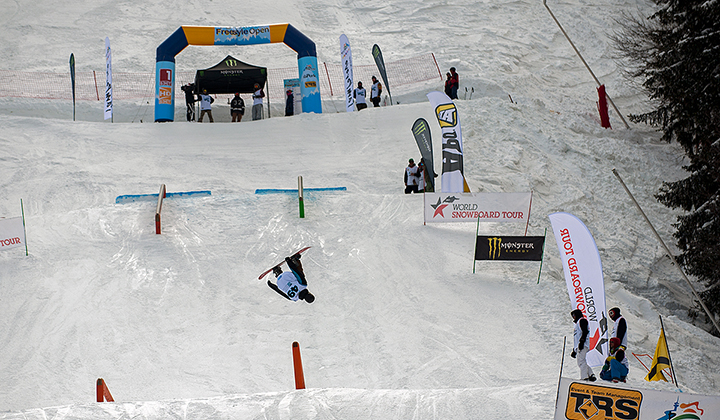 The ladies podium started with Malla Partanen from Finland. She rolled smoothly down the course with some nice back to back 3’s on small kickers. Second got Urska Pribosic from Slovenia. She started her run with boardslide on a rail and a 5050 on the second one. After that she just flowed over the big kickers with back to back 3 tail grabs and finished with 5050 front 360 out on the last rail.

The only US girl on the start, Karly Shorr slayed the course with frontside lipslide, 5050 backside 180 out on the pole jam, switch backside 540 stalefish, backside 360 mute and backside lipslide, what happened to be more than enough to win the first ever WST International ladies contest on Balkan turf.

Phillipp Kundratitz from Austria got 3rd and managed to sabotage the norwegian reign on the podium. He started his run with a mellow frontside 270 to front board slide on a down rail and with a 5050 backside 360 out on a pole jam, perfect setup tricks for his backside 1260 mute and switch double under flip mute. He sealed his run with a basic 5050 to board slide on one of the longest and weird looking 2 kink rail ever seen. 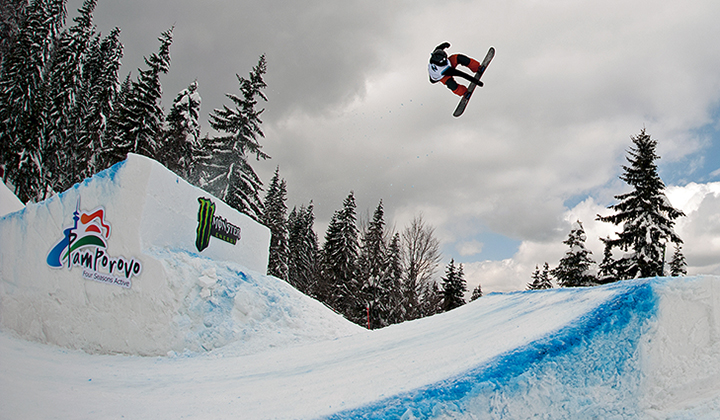 Second place belonged to this year’s Nanshan Open winner Mons Roisland from Norway. After he did some wizardry on the first rail, he attacked the pole jam with frontside 180 to switch backside 360 out and blasted off with his sick switch backside 1260 mute before he took off his toes into the most stylish frontside 1080 indy and ended with board slide to fakie on a 2kink rail. It’s worth mentioning he popped from the first flat section of the rail over the kink to the last one.

Another Norwegian and the top guy on the podium was Markus Olimstad, who, besides the fact that he did the best, the steeziest and the biggest frontside bluntslide 450 out on the pole jam, managed to perform back to back 1260’s on the kickers (cab 1260 and backside dub 1260 to be more precise). He confirmed his gold, when he gapped the huge battleship with cab 270 to frontside boardslide.