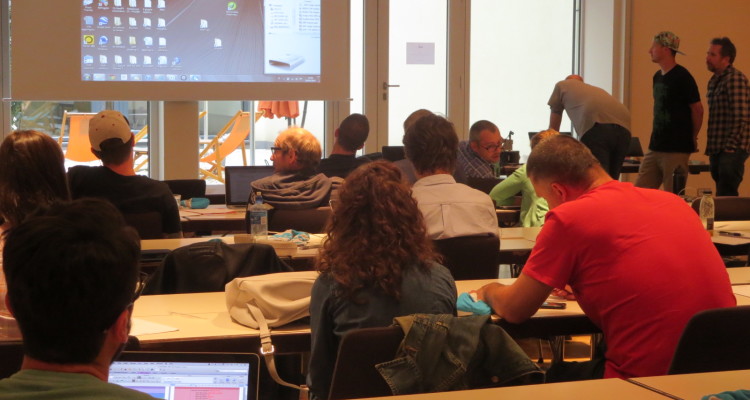 At their General Assemblies in Vienna (May 29-30, 2015) the World Snowboard Federation and TTR Pro Snowboarding made important decisions to further foster the development of competitive snowboarding. In a move to close ranks the ownership of TTR and the World Snowboard Tour will develop from events-only to include nations and riders.

Representatives of 21 nations from around the globe gathered in Vienna for two days to discuss the current state and the future of snowboarding. In open sessions, board meetings, general assemblies and many informal talks 70 representatives of competitive snowboarding discussed and decided over numerous key topics. Grass-roots activities, judging and safety issues, the World Snowboard Tour´s structure, the World Championships of Snowboarding 2016 in Yabuli/China, the new tour event Oslo Winter X-Games as well as political topics like the best structure and governance for the sport.

TTR: From event-centric to a platform for nations, events and riders

A major decision was the unanimous vote in TTR´s General Assembly to bring on new owners to TTR and the World Snowboard Tour. With immediate effect the World Snowboard Federation will have 24,5 % of the votes in the General Assembly. Another 24,5 % of the votes remains reserved for an organisation representing the professional interests of snowboard competitors. TTR will continue to support the riders in their effort to establish such a stable and professionally managed “riders union”, which is a prerequisite of transferring the votes. Long-term the TTR strives to be an organisation equally held and governed by organisations represented by riders, events and nations.

Reto Lamm, President of TTR Pro Snowboarding: “This move acknowledges that the epicentre of competitive snowboarding has shifted from an event-centric world to one much more driven by nations and riders. By integrating all important stakeholders we stabilize our organisation, the World Snowboard Tour to create a well balanced system for competitive snowboarding, bringing us closer to our ultimate goal of a unified system.”

Meinhard Trojer – the new President of the World Snowboard Federation

The General Assembly of the World Snowboard Federation, consisting of 41 representatives from 21 nations, voted for Meinhard Trojer from Austria as their new president. Meinhard is a true snowboard veteran, who has contributed massively to develop snowboarding in his home-country and around the globe. He follows Marco Sampaoli, who stepped down after serving 3 years as WSF´s president, growing the organisation into a globally respected player in snowboarding. WSF is involved in grass-roots and educational work as well as judging and safety topics. It just celebrated the 10th anniversary of the World Rookie Tour (part of the World Snowboard Tour), the outstanding success of the WSF Banked Slalom Tour (21 events in 8 nations) and the South America Tour.

Meinhard Trojer, the new WSF President: “I am proud and thankful to get the trust of our delegates to lead WSF. I think the big goals for the upcoming 2 years are the World Championship of Snowboarding in China and the planned merge between TTR and WSF. Both projects could be milestones in the world of snowboarding and I am looking full motivation forward to make them successful”.

The new Board of the World Snowboard Federation

For the 2015/16 season TTR is significantly lowering the requirements and fees for events on the Elite and International level to make it easier for highly professional top events to join the Tour. Without compromising on quality and safety this move will most likely attract even more events, creating continued momentum for the tour. Already now the preliminary World Snowboard Tour calendar shows an increase in the number of events on the Elite level, with prestigious newcomer the Oslo Winter X-Games in February 2016 and the World Championships of Snowboarding in March 2016 in Yabuli/China. A Chinese delegation presented in Vienna that preparations are well on the way.

To further strengthen its ties to nations, events and riders TTR Pro Snowboarding added three new board members: Satu Järvelä, former pro rider, retired TTR judge and agent from Finland, Josef “Seppi” Harml, owner of Absolut Park, Flachauwinkl and organizer of Spring Battle, and Austrian national coach Christian “Gigi” Scheidl. Australian Rich Hegarty, long time board member and organizer of The Mile High, is going to become part of the Executive Board further supporting TTR with his expertise and knowledge of many years in the industry.

The Board of the TTR

Stay tuned on WSF and TTR websites for upcoming news.