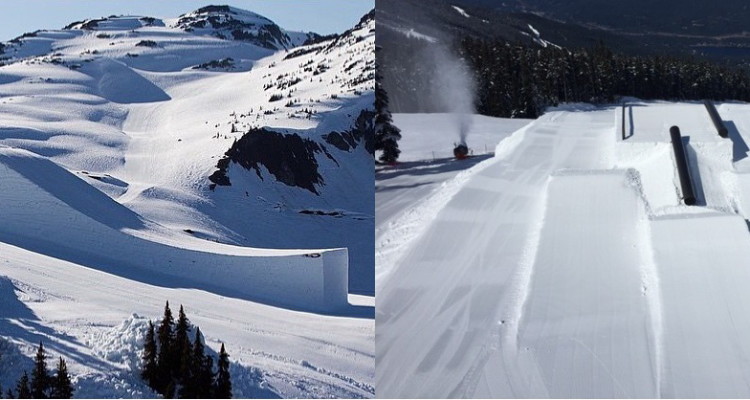 Charles Beckinsale works as park manager at Perisher during the southern hemisphere winter and park builder at Whistler Blackcomb during the northern hemisphere winter. World Snowboard Tour Crew recently caught up with him for a quick chat about the World Championship Slopestyle Course and the Big Air set up for the 2016 World Snowboarding Championship! Learn more here!

How do you feel about building the World Championship Slopestyle Course and the Big Air set up?
Its a real honour and not something I take lightly, just like the riders, I’m going there to do my best with what is there so hopefully when they arrive they get the best course of the season and its a great experience for everyone. I haven’t been to China and it’s not something I would have imagined I would be doing, but I’m really exited about building it.

What have you been up to over the past few years that have brought you into the spotlight to become the World Championship Slopestyle builder?
I would think its been the work I have done on the Mile High Slopestyle course and Perisher features, the Whistler Ski and Snowboard Festival and even just the jump lines I’ve worked on for the park programs I work at. They are hit all day every day by riders and word travels if something is on point. I’ve been lucky enough to also work on some really big film projects in both the ski and snowboard world, I think these more than anything have brought a bit of a spotlight on my work. Having good working relationships with the riders and event and shoot coordinators really helps too.

You are more of a film feature builder than a competition course builder. What is the build you have done recently that you liked the most?
I do build a lot of special features. The butter pad/whale tail I built for Level one productions last spring in Whistler. Just seeing it getting ridden, the way the transitions matched up and the flow between the fist landing and the next take off was very satisfying for me. Good features are good features; at the end of the day the only difference between a singular feature and a slopestyle course is how you set them out so that there is good flow.

Due to snowboarders fully immersing themselves in the holiday spirit the WCS team has decided to provide a short time extension to the registration period. 6th January 2016 new deadline. Please do all late registrations before the 6th as the show must go on. The rider list is already strong with the top 10 in each discipline confirmed and a truckload of riders and nations already registered. Get in now so you don’t miss out. Sick courses, life changing experiences and the chance to gamble in the $500,000 prize pool. Don’t miss out! Register here