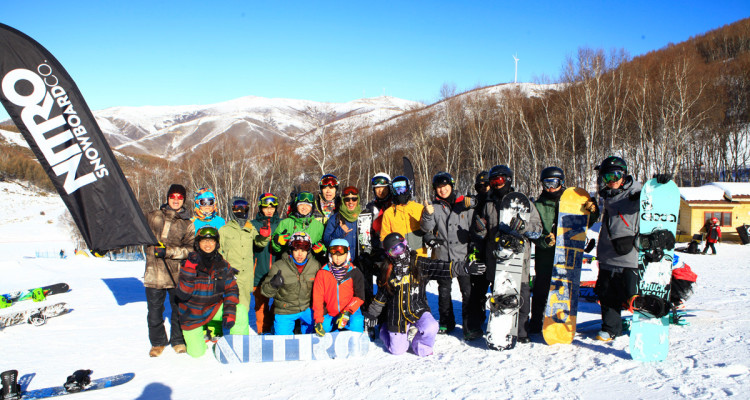 The whole week was dominated by perfect weather conditions with not a single cloud at Dolomiti Resort. YIBU Snowparks built an incredible snowpark that covered all needs for the camp. After warm up sessions in the morning, the participants were split up in small groups to work on progressing their individual riding skills. The international elooa coaching team was hand picked by Wang Lei just for that camp and was composed of snowboard professionals and certified instructors who made sure to help each camper as good as possible. In the different groups the important basics of snowboarding where instructed and a fast progression was recognizable. 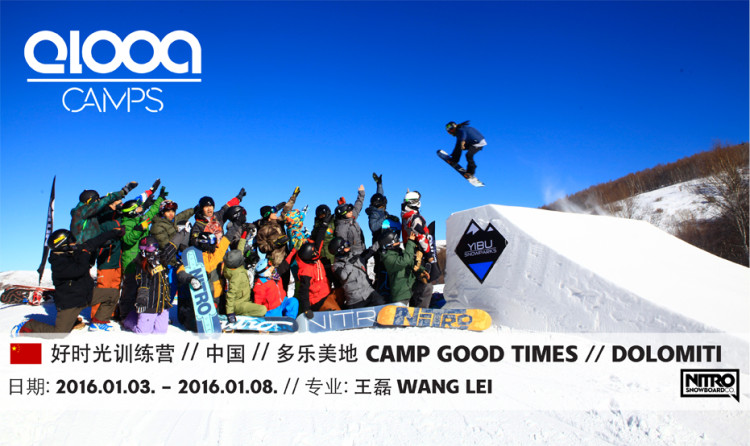 From riding the slopes with turns, first jumps and rail riding to different sessions in the snowpark, a big variety of snowboarding was shown to the participants. In the evenings the new learned tricks were analyzed through video coachings to work on the specific aims of each camper. Besides that, everyone had the chance to test brand new NITRO SNOWBOARDS of the season and to learn more about the different features of each shape. Day by day everyone got better and the camp vibe was awesome and nothing but good times. As a final highlight, the campers got to see the documentary of Nitro Snowboards Pro Eero Ettala, ENDER, during the last evening accompanied by a nice BBQ and beers.

A great week was coming to an end with a lot of riding, new tricks, tired legs and most important new friends, good times an a lot of fun.