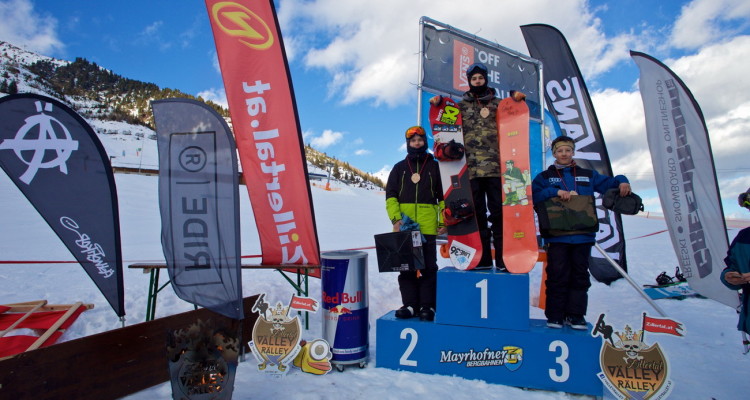 Not only the winners of the day carried home lots of medals, appreciation and mad-prizes from the third Zillertal Välley Rälley hosted by Ride tourstop at the Vans Penken Park. Also the overall winners of the Super Grom Tour Tyrol 2016 got crowned and honored on February 20th and 21st in Mayrhofen, Hippach in the Zillertal. All 100 riders took it with challenging conditions, flat lights and winds that weekend. Nevertheless, the riding level was incredible and riders were pushing the limits once again in the open slopestyle contest, not least because the park shapers were permanently maintaining the course to keep it in perfect shape. All participants, parents, trainers, friends and visitors kept up the unique Zillertal Välley Rälley vibe, as witnessed in the recap video by Andreas Monsberger.

The Vans Penken Park welcomed its guests for the 3rd Zillertal Välley Rälley hosted by Ride Snowboards tourstop with a perfectly shaped XXL setup. On the Coaching Day, the Ästhetiker crew members Steve Gruber, Chris Kroell, Friedl Kolar and Klaus Hofmeister took advantage of the entire park setup to train with up-and-coming talents on the jump and jib lines. In the meantime, riders were already warming up for the next day´s competition on the pro and advanced line. 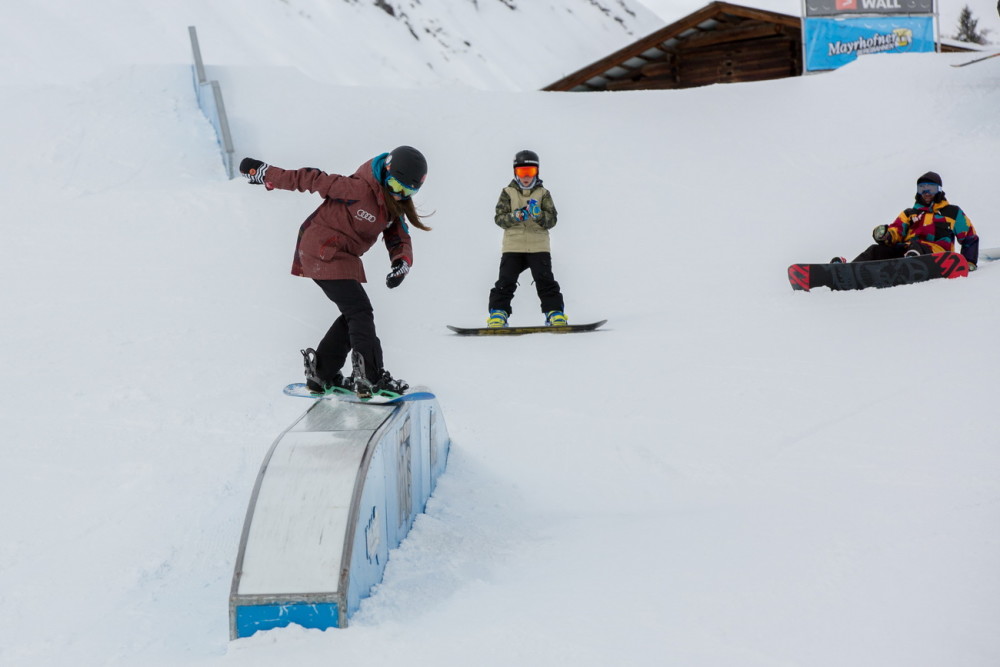 On Sunday, 85 competitors showed up to compete on all different lines in the open slopestyle contest. Top riders from all over Europe pushed the limits througout all categories battling it out on hightest level. No surprise, the stakes were high. Winners could look forward to medals and prize money, mad-prizes and valuable points in the World Snowboard Tour Ranking and Välley Rälley Overall Tour Ranking.

In the super grom category Evy Poppe ( BEL) and Niclas Huber (GER) made it one more time to the top spot. Annika Morgan (GER) and Samuel Jaros (SVK) dominated the groms podium, while Adéla Kreisingerova (CZE) and Billy Cockrell (GBR) took victory in the rookies competition. Gillian Finnerty (GBR) won the women´s contest, while Scotsman Matt McCormick did not only earn in the gold medal in the men´s contest, he also won the Vans Best Trick Award with a clean bs9.  Austrian young gun Finally Nico Winkler got rewarded most impressive Grom of the day by the Ästhetiker Judges. 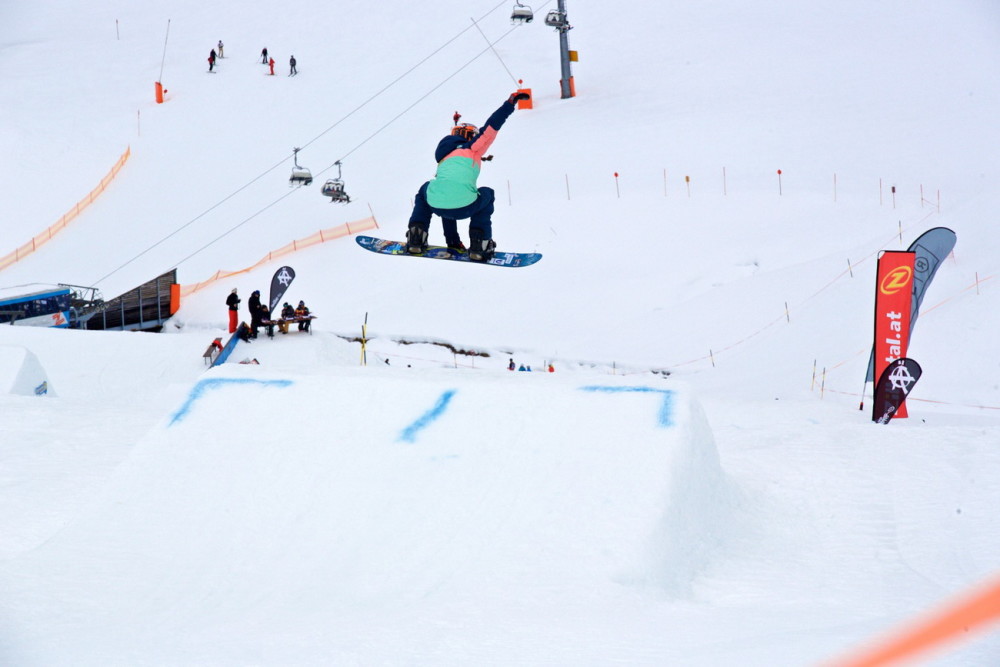 The 3rd Zillertal Välley Rälley hosted by Ride tourstop in Mayrhofen was also a part of the AustriaCups and the Final event of the Super Grom Tour Tyrol 2016, organized by the N.ASA. As the best overall grom girl Emma Lantos (AUT) got rewarded with the first place. Nico Winkler (AUT) won the trophy of the overall winner in the grom boys category and Leonardo Cerato (AUT) took home the super groms overall award 2016. All results are available at www.powdern.com.

With the 3rd tourstop, the Välley Rälley Overall Ranking starts getting exciting. Ride Snowboards team rider Roland Tschoder and local ripper and Greenroom shop team rider Patrick Fankhauser, both from Austria, are currently sharing the lead with equal score in the men´s category. The actual top spots in the overall ranking qualify for the N.ASA Shred Down Austrian Masters. All rankings and results are available at www.valleyralley.at.

“Despite the changing weather conditions, we witnessed another perfectly organized tourstop of the Zillertal Välley Rälley at the Vans Penken Park,” Marketing Director Gotthard Schoepf from the Mayrhofner Bergbahnen explains. “You can see, that the event is enjoying increasing popularity by riders and sponsors, while fun factor and professionalism don´t come to short. This formate delivers exactly, what snowboarding needs these days: fun, action and a lot of smiling faces!” 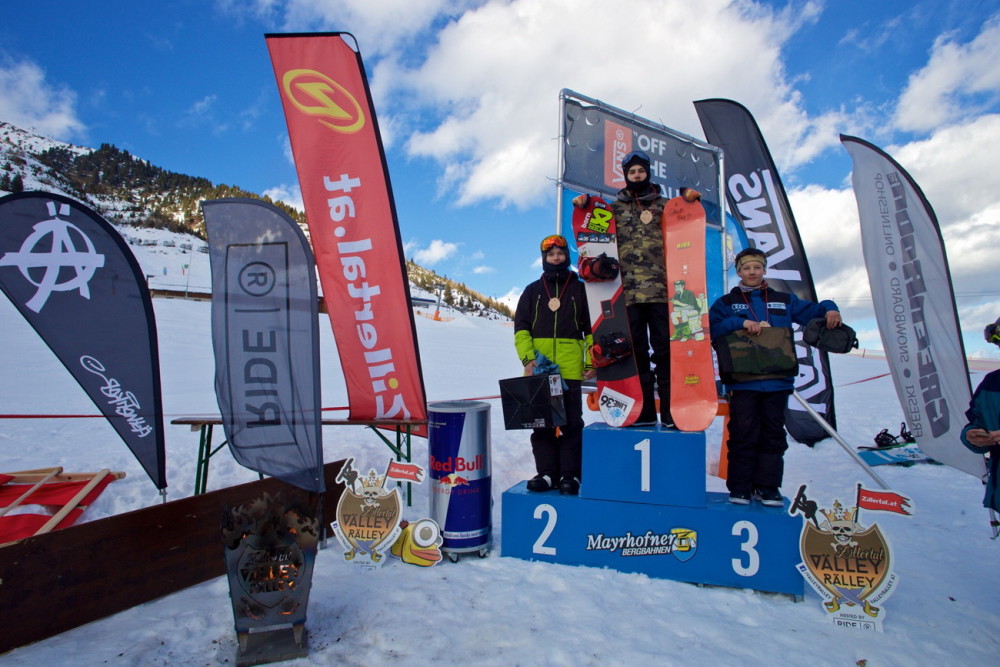 The Vans Penken Park will be open and daily maintained until the 10th of April, 2016. All info on the setup is available at www.mayrhofner-bergbahnen.com/de/highlights/vans-penken-park. With the brand-new App you can always look up the latest news from the Vans Penken Park on your Android Smartphone or iPhone, where ever you are.

The forth and final Zillertal Välley Rälley hosted by Ride tourstop and finals will go down on April 2nd and 3rd in Hintertux, where the overall tour winners will be crowned prince, princess, duke, dutchess, king and queen of the valley 2016!

More Info and registration at www.valleyralley.at