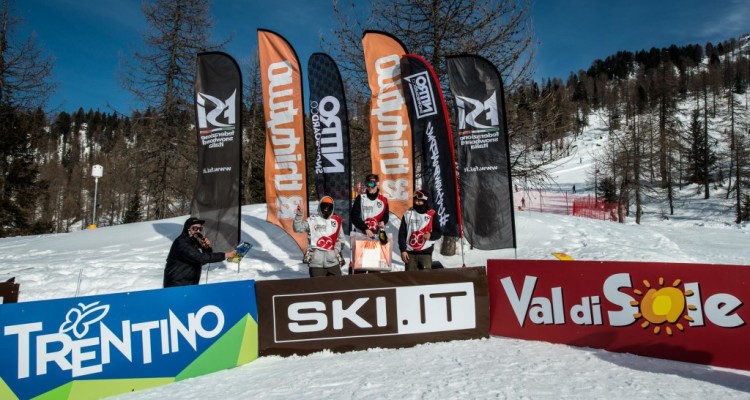 There could be no better conditions yesterday 20th march 2016 for the conduct of Italian Snowboard Tour 2016 final contest in Marilleva – Val di Sole Trentino Italy!

The contest, valid as the Italian Slopestyle Championship FSI 2016, was the final round of Italian Snowboard Tour, the circuit of 5 slopestyle competitions hosted in 5 different spots around Italy from the Alps to the Apennines (Ovindoli, Campofelice, Obereggen, Pila and Bardonecchia), where riders from different parts of the country had the chance to qualify to the Finals in Marilleva and fight for the Italian Slopestyle Champion title. 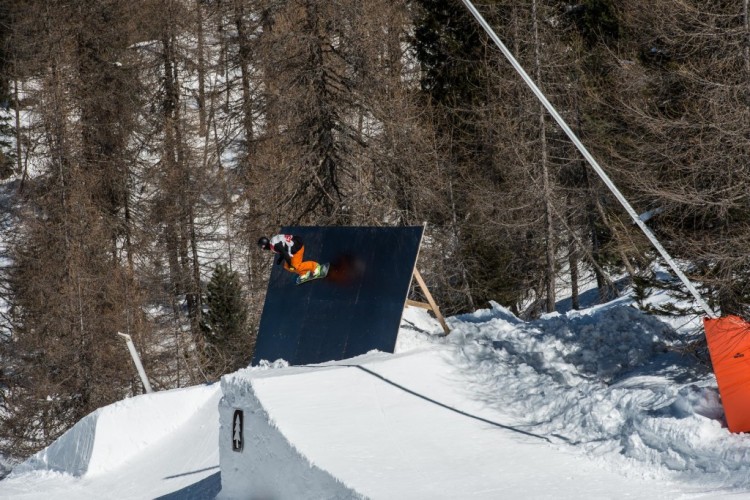 Saturday 19th march during the semi-final contest other few riders were selected to be part at the Final. The saturday’s race was an opportunity for everyone to test the challenging but fun set-up of the Snowpark Marilleva created for the event by SPT Snowpark Project shapers.

The snowpark has been setted with great care and was really appreciated by riders, who after the warm-up of saturday’s contest, pomped up during the three runs of the final contest offering a great show to the large audience showed up.

The set up included various jib structures and multi obstacle structures including a jib table with various rails and boxes, a jib zones quarter, wall, close-out, drop-in, kicker with a ball to bonk, a jump table with two kickers and a kicker with plug.

The race atmosphere was super positive with sun shining and the tipical spring weather: a real treat for all the freestyle lovers!

But we come to the highlights of the race were Federico Olivier and Francesca Fazi won the title of Italian Slopestyle Champion FSI 2016!

The men’s race was characterized by a head to head between the top two riders but the solid tricks and the clean style of Federico Olivieri have impressed the jury allowing him to win the title of Champion!

“The set up was really nice, the shapers did a fantastic job! The training was good enough then in the race I did my best and I got a great result! I’m very happy, ” said Federico satisfied after the victory.

In the girls category the best rider was Francesca Fazi who took the first place, Cristina Signorini and Jennifer Gregori ranked respectively in second and third place.

“The race was good, I enjoyed it and the setup was so cool, although for us girls it was not easy, was hard to interpret it and try to do the best. I thought I was out of age, however the result arrived unexpectedly! ” said Francesca Fazi.

The prizemoney for this final contest was very rich with many cash prizes for the winners (almost 3000 Euros for podiums!) sponsored by Funivie Folgarida Marilleva and many prizes in material provided by the sponsors Nitro, ThirtyTwo, and snow and surf camp from Facciosnao. 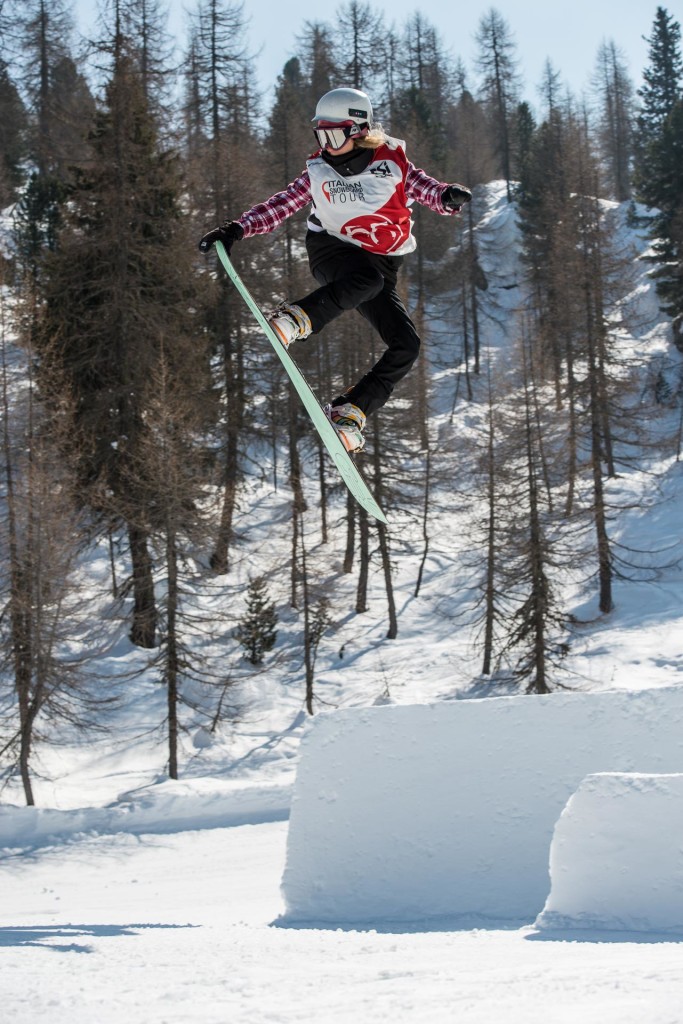 This second edition of the Italian Snowboard Tour ended with great satisfaction of the organizers and sponsors.

A special thanks go first of all to Funivie Folgarida Marilleva and SPT Snowpark Project shapers for made available a really high level set up.

Thanks also to the club Hot Ice Snowboard for the technical and logistical management of all stops of the Tour, to 4Snowboard and Board Action for media support, to Rplus and also a big thank you to the sponsors that believe in Italian Snowboard Tour Nitro – ThirtyTwo, Facciosnao and Trentino.

… Last but not least a special thanks to all the riders who enjoyed the tour with passion and enthusiasm, giving us few beautiful days of pure snowboarding fun!

See you next year!