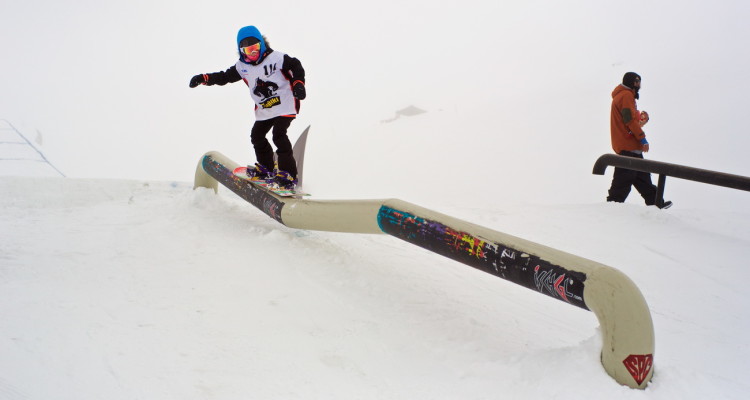 Due to the bad weather condition and the fog, the organization had to cancel the qualification for the rookie girls and the grom girls. The young female riders were motivated and showed that they can have fun also if the visibility is pretty bad. After a session on the jibbing area, they found some plastic mats and everybody had a lot of fun sliding down in the snowpark, even down the spine! 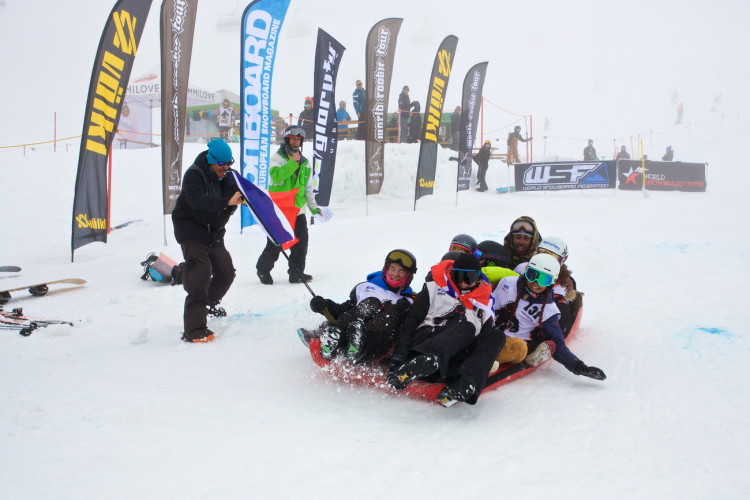 In the afternoon, the riders had the possibility to have a unique experience during the two scheduled workshops. First, rookies and groms had the chance to build a longboard from old snowboards thanks to Ruffboards (more info at www.ruffboards.com), a passionate group of people in collaboration with ex-prisoners from Wien, Austria. They design, produce and sell worldwide their hand-made longboards.

Later in the day, Viva con Agua explained to the rookies and to the groms the importance of water and the problems that some countries have in finding clear and drinkable water. 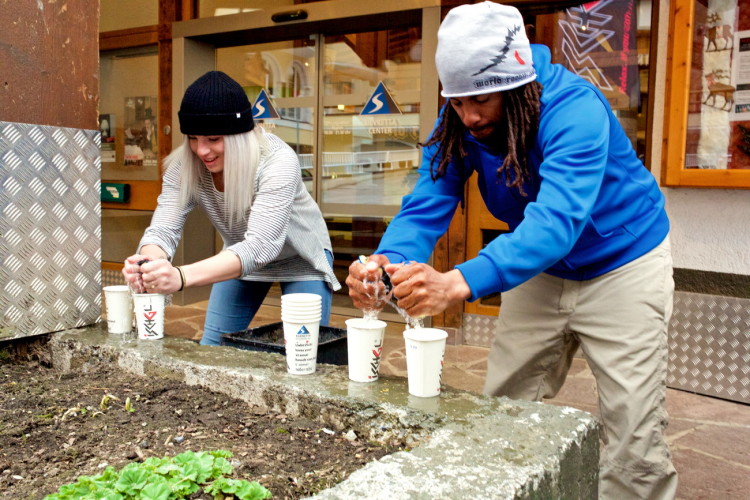 See you tomorrow in the snowpark for the big final at the Völkl World Rookie Finals in Ischgl.

Stay tuned for more updates to come on our media channels!