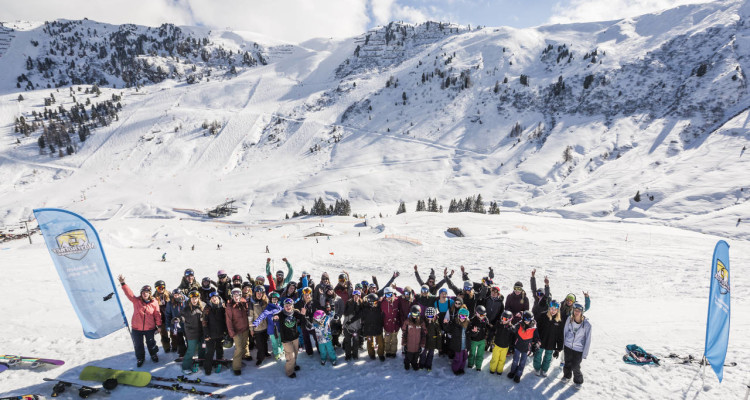 The Girls Shred Session hit the Vans Penken Park with a blast – this is what happened: Nearly 60 (!) #shredqueens from Austria, Germany, England, Spain and even Australia conquered the park, chased away the fog to make place for the sun and nailed their sickest moves. Due to the massive amount of girl power it’s quite obvious why pro riders such as Silvia Mittermüller, Pilar De La Cruz and Laura Wallner took over the coaching duties and even Miss Anna Gasser paid the Girls Shred Session a visit…

Saturday the 26th of March, countless female snowboarders and freeskiers made their way to the Zillertal area at dawn in order to kick off the Girls Shred Session 2015/16 on time at 10 am. At first the park was still covered in a couple of fog patches, but after the highly motivated girls had taken a couple of warm-up runs with the WSF Pro Women Ambassador Silvia Mittermüller, the obstacles of the Vans Penken Park were sparkling in the sunlight. Time to start the session!

From seven-year-old #shredqueens up to 30+ girls, who were taking their first runs, everyone is welcome at the Girls Shred Session! Thanks to the freeski and snowboard coaches, each of the participants was able to state her personal goal of the day, which some of the girls already managed to achieve during the morning session. When noon arrived with bright sunshine it was time to chill and to recharge the batteries at the Grillhof Alm lodge. The break didn’t last too long, though, because soon the girls were ready for some more shred action and couldn’t wait to get on the park lift again to start the next gunfire – at that time Anna Gasser had already mixed in with the crowd! 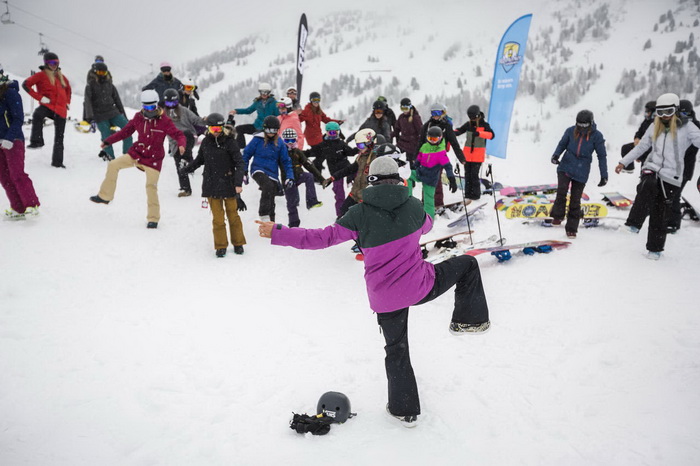 At the end of the day everyone was totally stoked and satisfied – the participants even received various cool prizes such as Vans snowboard boots and jackets, QParks t-shirts and gym bags by the Mayrhofen Mountain Railways! After an amazing day of incredible shred action it was time to say goodbye in the late afternoon – but the girls will definitely be back for some more brilliant spring sessions at the Vans Penken Park. 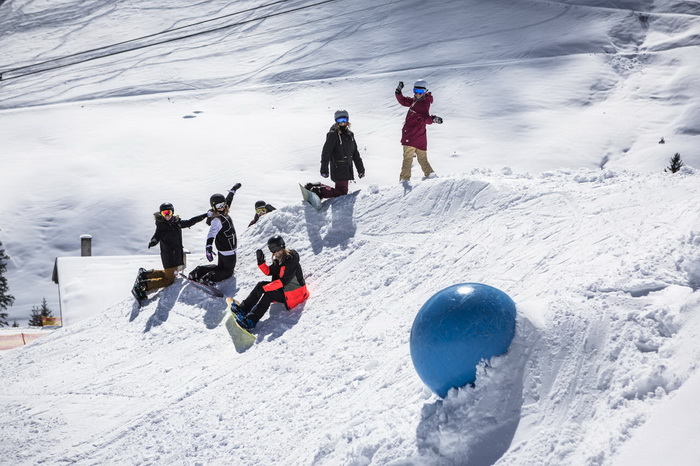 Check out the Snowboard and the Freeski Edit of the Girls Shred Session! You can find current information on the Vans Penken Park till the season finale and onwards on the Facebook Fanpage and the best pics on Instagram on a daily basis! Visit mayrhofner-bergbahnen.com for updates on the current spring session setup and don’t forget to download the brand-new app for Android Smartphones and iPhones! Last but not least – the #shredqueens can be found on Instagram and Facebook as well. Ride on grrrls! 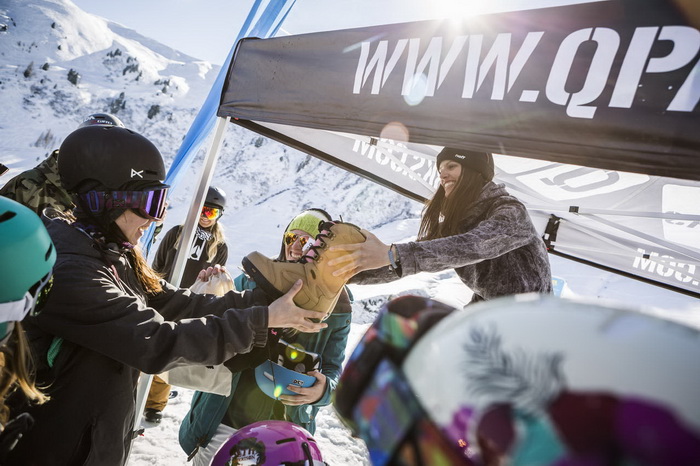 #WSFProWomen is a dedicated women snowboarding event series launched by the World Snowboard Federation. A girls and woman friendly approach to snowboarding that resonates through community based activities and shared experiences on the snow is an integral part of all WSF Pro Women activities.

WSF Pro Women is supported by the most influential industry companies, media and platforms. Many thanks to Blue Tomato, Boardzone.cn and GoSki.cn for their generous donation of give aways for event participants, and a hefty dose of promotional support!

Thanks to the National Snowboard Associations of China, Norway and Germany for their help in organizing and promoting the WSF Pro Women events! www.worldsnowboardfederation.org