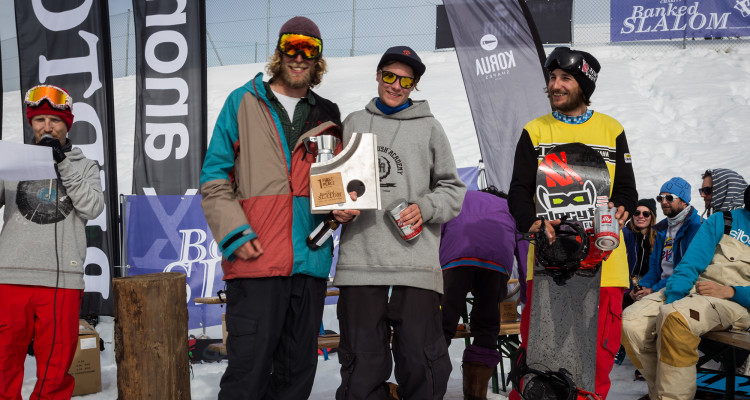 While thinking up a short-and-catchy headline for this contest report, I was debating as to whether or not it would be appropriate to write what you would usually read here: “Cappuccino Club Charity Banked Slalom WAS A BLAST!“ But can one still use the term ‘blast’ in these times of terrorist atrocities and exploding airports in Europe? 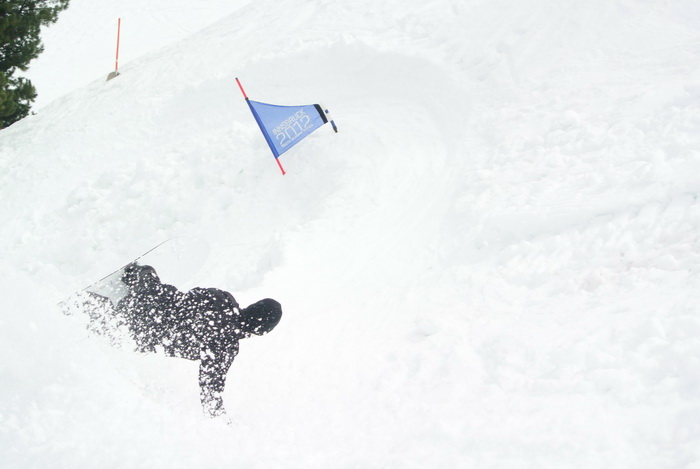 It’s about time to give back some positive affirmation back to the BLAST! This Banked Slalom was a blast of joy. A blast of sunshine. A blast of adrenaline on the course and a blast of good vibes in the finishing area! Boom! Take that!

This typifies what Cappuccino Club has excelled at since day one; viewing issues  through a larger lens. The drive to do some good in the world combined with the love for the snowboarding scene, its people and our clubs bond that makes projects like this a success within our community.

Over the weekend I saw many smiling faces, heard lots of positive feedback and experienced over a hundred shredders being stoked by our self-built racetrack. And when your teenage-hero Harry Putz gives you advice for the final course correction and Sani Alibabic grabs a shovel to give a finishing touch to a tricky passage, then something is definitely going right.

To finish from my side, we end with the words of Austrian Snowboard Legend and this year’s overall winner, Harry Putz: „Dear Cappuccino Club, that’s exactly what the snowboard community needs: having a great time together. The course was amazing, thanx to the shapers and the warm weather. See you in 2017!“ 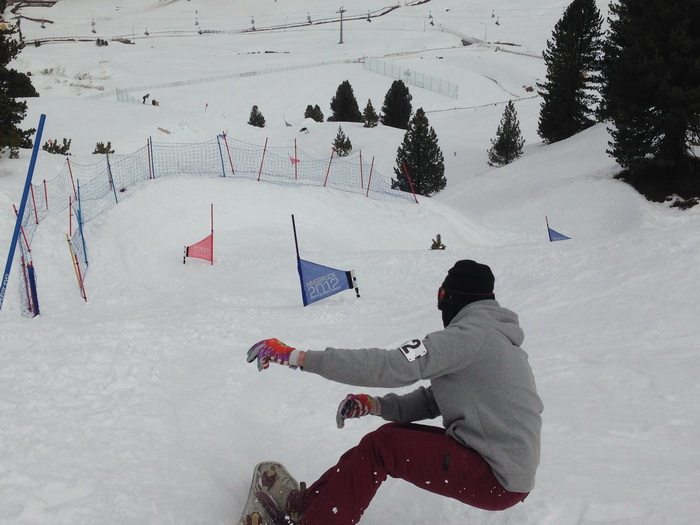 Chief organizer Chris Posch summarizes:
Cappuccinos were motivated again this year setting up a nice and demanding course at the left hand side of Kühtai’s KPark. A demanding technical double S – nicknamed “waterfall” – followed by the steeper and quite fast 5 finishing banks grew into the hearts of local legends like Mitch Tölderer, Harry Putz as well as Conny and Manu Bernert. “We wanted to start 10:30 as we had more than 100 starters to get through two runs, but it was still pretty gnarly hard,” race-director Klaus Zopf stated concerned for the riders. “So we waited for the slushy soft snow predicted later on. 11:15 the first starter hit the banks. Slushy snow was spraying all day long and people were happy chilling and grilling it in the finishing area. Respect came up among the riders when legend Harry Putz exploded in the first round on a 168 cm long machine showing the fastest run in round 1 with 1min 15sec.

OUR CHARITY: This years finical outcome will support the local snowboard project Shred for a Smile:

Check out this fun song “Where legends are born” by Alaska’s Hobo Jim: