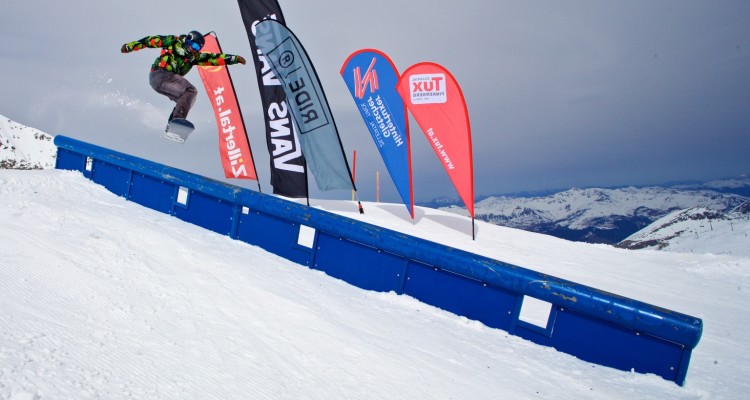 Tons of titles, medals and trophees were up for grabs at the fourth and final Zillertal Välley Rälley hosted by Ride Snowboards tourstop on April 2nd and 3rd 2016 at the Betterpark Hintertux. Beside the tourstop podiums, the overall tour winners and thus the royal Zillertal Välley Rälley family 2016, got crowned at Hintertux Glacier that weekend. Due to challenging conditions with strong winds and flat lights the Ästhetiker decided to change the formate from slopestyle to rail jam. Almost 80 competitors and teams of all nations were battling it out in the finals, showing off with their best tricks on the jib line. At the end of the day, a lot of smiling faces were sharing podiums. The recap video covers all the action: https://vimeo.com/161467190 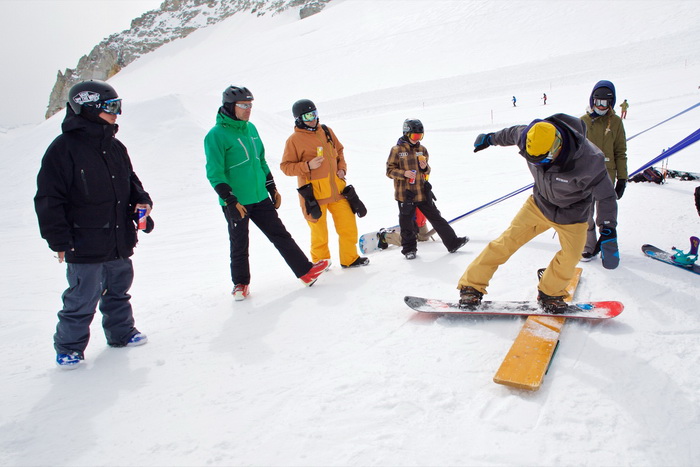 On April 2nd, 2016, the Betterpark Hintertux just opened the doors for the spring season with the Zillertal Välley Rälley hosted by Ride coaching and training day. While the Ästhetiker coaches Steve Gruber, Friedl Kolar and Klaus Hofmeister were shredding around the easy, medium and jib lines all day long with up-and-coming talents, men were already warming up for the final contest on the pro line. For the perfect end of the day, the tourism association Tux Finkenberg sponsored free goulash soup and drinks for everyone. Around 80 riders were gathering in Hintertux for the final competition on Sunday. Because of wind and flat lights, the Ästhetiker replaced the slopestyle by a rail jam formate. 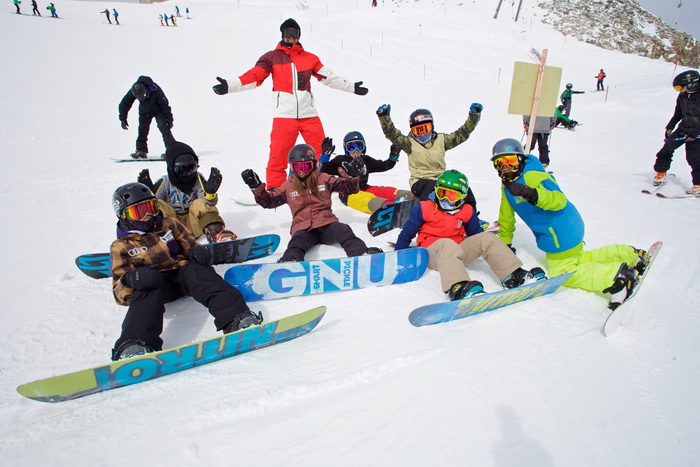 Riders of all categories moved on to the jib lines to show off with their best tricks one more time and collect points in the World Snowboard Tour ranking. Heli Bockhorni (GER) and Niklas Huber (GER) could handle the conditions best and both took victory in the super grom category, while Annika Morgan (GER) and Gabe Adams (GBR) made it to the top spot in the groms class. Gabe also hit the jackpot as the “most impressive grom of the day.” Tereza Sebkova (CZE) and Chandler Hunt (USA) were the winners of the rookie class and Tereza Cermakova (CZE) won the gold medal in the women´s category. Austrian coach and jib master Felix Widnig could not be beaten on the rails and got first in the men´s contest. Ukrainian rail machine Kirill Milutyn won the Vans Best Trick Award with a stylish FS blunt sex change and took home a complete streetwear outfit voucher. After the winners of the day, the overall tour winners and thus official Zillertal Välley Rälley royal family 2016, got crowned in Hintertux. Previous year´s Princess, Evy Poppe (BEL) managed to defend her title and become Princess of the Välley 2016 (super grom girls). 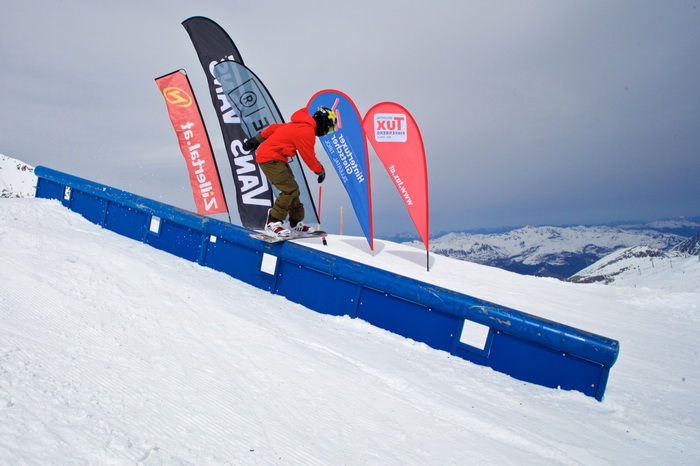 Niklas Huber (GER) was on top of the super grom boys ranking and became Prince of the Välley. Marie Kreisingerova (CZE) and Niclas Bothe (GER) were crowned Dutchess and Duke of the Välley for their first places in the groms category. Adela Kreisingerova (CZE) and Jan Rovenksy (CZE) were the Baroness and Baron as leaders of the rookie class. Djoelie Ectors (BEL) is the name of the new Queen of the Välley (women). With Roli Tschoder (AUT) and Patrick Fankhauser (AUT) two friends are sharing the lead of the overall men´s ranking and consequently the throne and crown of the actual King of the Välley 2016. Adela Kreisingerova (CZE) and Jan Rovensky (CZE) both further won a wildcard for the World Rookie Finals, that will be kicking off right after the Välley Rälley finals. Sarah Moser, Marketing Manager of Hintertux Glacier: ”The finals of this year´s Zillertal Välley Rälley have been at the same time a first performance test for the new setup at Betterpark Hintertux, which started into the spring season that weekend.

The great number of participants on the coaching and contest day were checking out the brand-new park setup and despite persisting south winds, everybody was content. Again, it has been a great weekend with a great bunch of young and motivated snowboarders and we are looking forward to the 4th Välley Rälley series in 2016/2017.” From now on, the XXL setup of the Betterpark Hintertux will be open maintained on a daily basis.

All info and updates are available at www.hintertuxergletscher.at and www.betterpark.at. Thanks to the partners of the 4th tourstop: Zillertal.at, Ride Snowboards, Vans, Red Bull, Hintertux Glacier, Tourism Association Tux Finkenberg, N.ASA, Greenroom Mayrhofen, Black Eye, Dana Beanies All info, images and rankings can be found at www.valleyralley.at