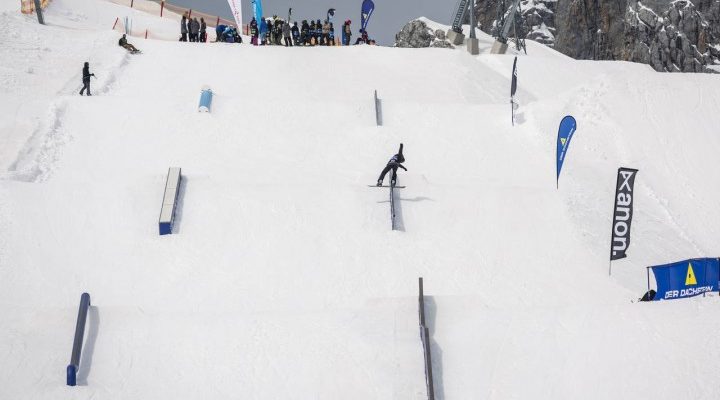 For seven years the QParks Snowboard Tour has been paving the way for ambitious shred talents from the alpine area to start their pro careers. Owing to the professional & international judges and an impressive cash price of a total of 40.000 €, the biggest amateur contest series of the Alps is the perfect introduction to the world of competition. What’s more, the catering for the riders is FREE from this season onwards. There’s also news on the brand-new QParks Snowboard Tour website, the fresh new look makes the free registration even easier.

Contests for Riders – For 7 Years

With contests in Austria, Germany, Italy and Switzerland, the QParks Snowboard Tour remains the biggest ongoing freestyle amateur contest series of the entire alpine area in 2016/17. One of its main goals is supporting young talent. Competitors in the categories men, women and groms are looking forward to a top-notch setup perfect for each skill level and plenty of cool goodies and cash prizes from Amplifi, QParks and Pinetime Clothing. All the action will make riders hungry and that’s why all of the riders will enjoy free food and drinks at each tour stop.

The loyalty of the competitors will be rewarded once again: Apart from the essential QParks Snowboard Tour points, there’s also the chance to collect points for the WSPL Ranking of the World Snowboard Tour and the World Rookie Rank. Plus, the stops in Austria are part of the Austria Cup.

You’ll also find all the information on each stop on the fully redesigned QParks Snowboard Tour Website. It was developed by the graphic designers, programmers and editorial staff of QParks and we’re now proud to present a stylish new page optimized for mobile devices. Here, the tour riders have the possibility to register for all of the tour stops – it’s really simple and, as usual, there are no starting fees!

Those riders who convinced the judges last year with their style and managed to win the category “Best Trick” have even more reason to be happy – All of last year’s winners of the various tour stops are currently in the race for the “Best Trick Battle” collecting as many votes as possible for their trick online. The prize is a VIP Invitation for one of the upcoming tour stops including lift tickets and accommodation for two persons. The voters won’t be left empty handed as well – Pinetime Clothing will draw a cool package among them, which will also include the new HiRise Hoodie. 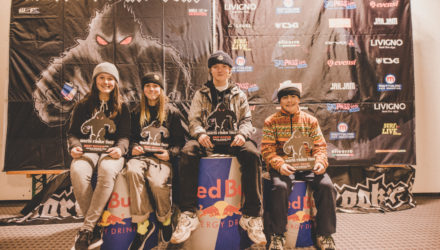 Second stop of the Zillerta...

The World Rookie Tour partner Boardriding.com will broadcast qualifications and

Video highlight from the World...

Record number of riders at the...

Snowboarding is dead… NOT! This

We are stoked to announce

Watch the future generation of snowboarding at World Rookie ...

World Rookie Fest is back in Livigno for its 15th edition!

Video highlight from the World...

Record number of riders at the...

Snowboarding is dead… NOT! This