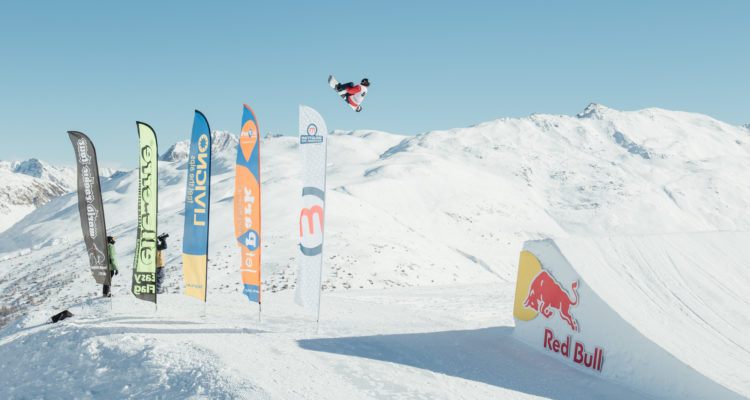 The future of snowboarding looks bright here in Livigno at the Mottolino Snowpark, at the 12th edition of the World Rookie Fest. Under a beautiful blue sky, with perfect winter scenery and amazing snow conditions, the best 44 riders out off the 144 registered athletes showed their skills in three final runs, where the best run counting.

The girls started first and Margherita Meneghetti from Italy landed on the Rookie top spot today with her first run which included a lipslide on the downrail, frontside 540 indy on the kicker line, switch rock&roll and 50-50 boardslide 180 out on the last rails. Margherita won on two Finnish riders: Carola Niemela and Emmi Parkkisenniemi. Also Grom Girls showed their best with two Swiss riders on the first two positions; Livia Tanno took the first place ahead Lena Müller and Annika Morgan, from Germany. 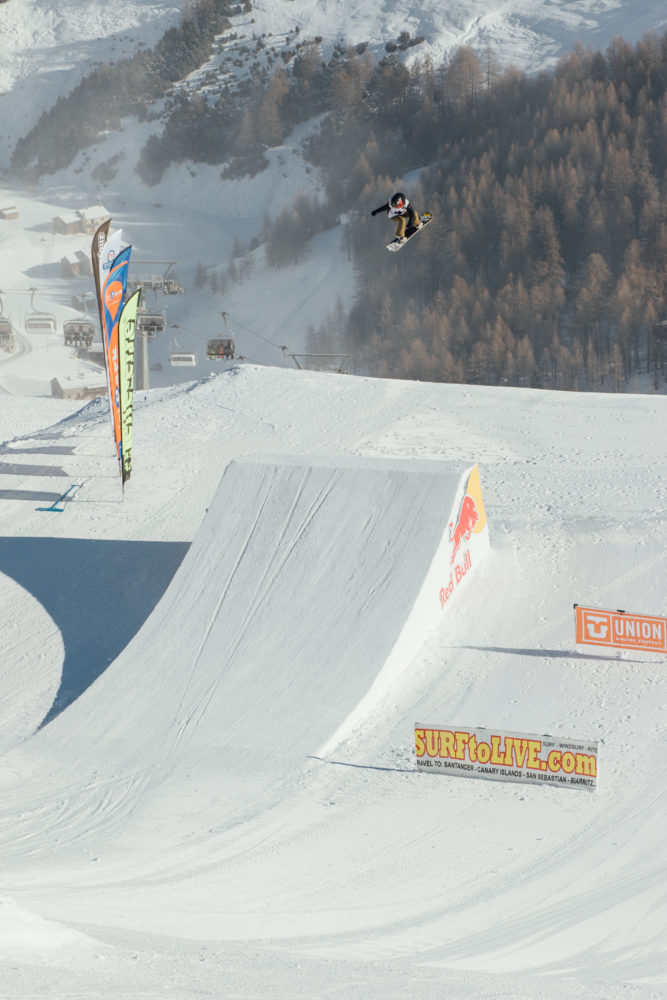 Birkir Georgsson from Island scored best in today’s contest with a solid run, winning Rookie’s division with his 94,6 points. He landed a boardslide to frontslide boardslide to 270 out on the downrail, double 1080 mute on the kicker line, stall and cab 270 on 270 out on the last jibbing obstacles. Birkir finished ahead Casper Wolf from the Netherlands and Leon Vockensperger from Gemany. 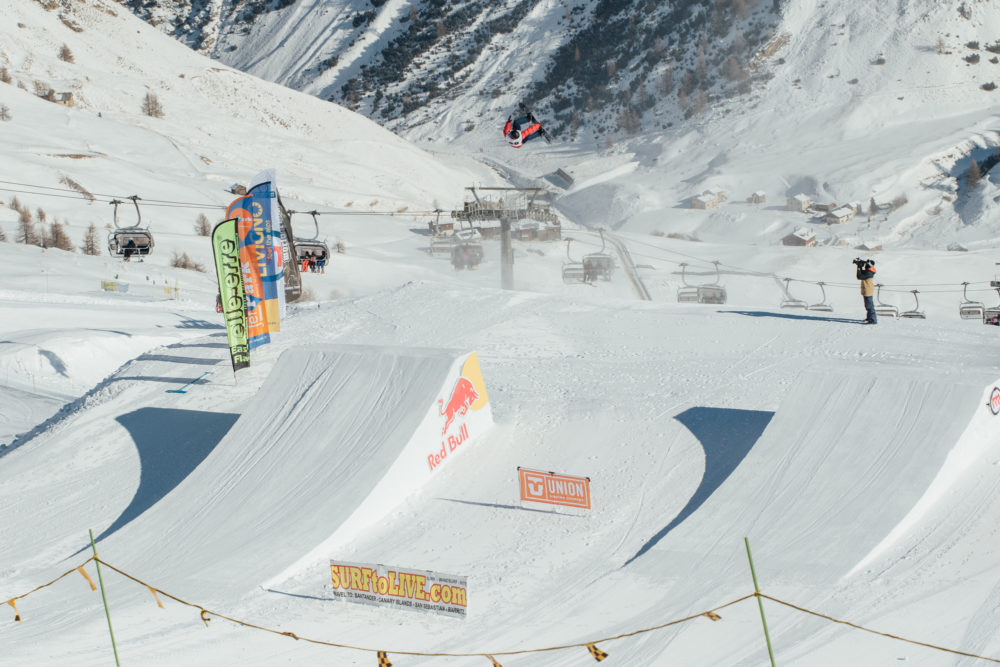 Right after the prize giving ceremony, Birkir stated: “I am so stoked! For me, it’s the first time in a World Rookie Tour contest and now I could not be more happy. I didn’t expect to win, the other riders were so good, the contest level is so high! The World Rookie Fest is awesome… I am really excited and I can’t wait to be in Kaprun for the World Rookie Finals“. 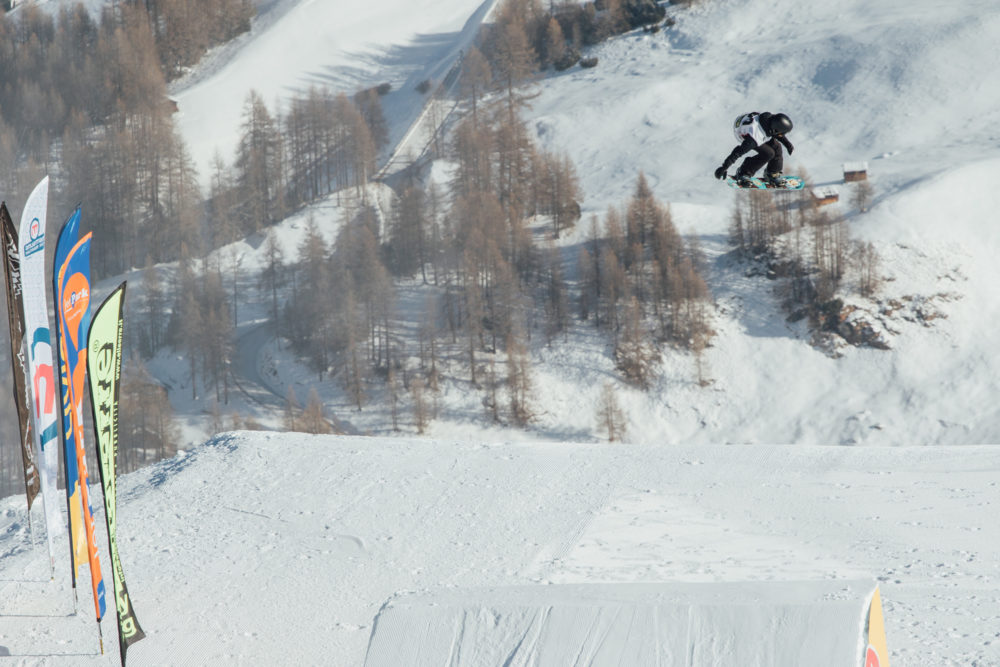 Valtteri Kautonen from Finland won his first World Rookie Fest in the Groms’ category with a score of 84,4 in his third run landed cab 180 on 50-50 boardslide 360 out on the downrail, frontside 1080 tailgrab, 50-50 stall and a frontside 270 on 270 out on the last features. Rakim Foy (NED) and Nick Pünter rounded out the podium as second and third, respectively.

Another amazing edition of the World Rookie Fest went down with an incredible gang of excited young riders. Black Yeti is pretty sure, these guys and their coaches are the snowboarding’s future wealth!

Watch the video with the winning runs here

Find here all the results 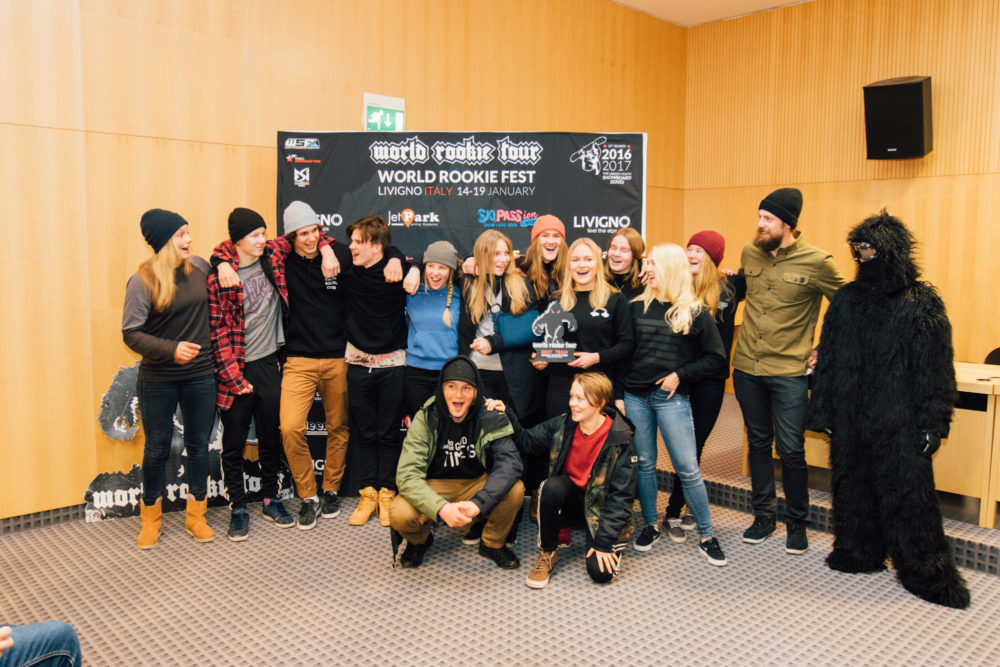 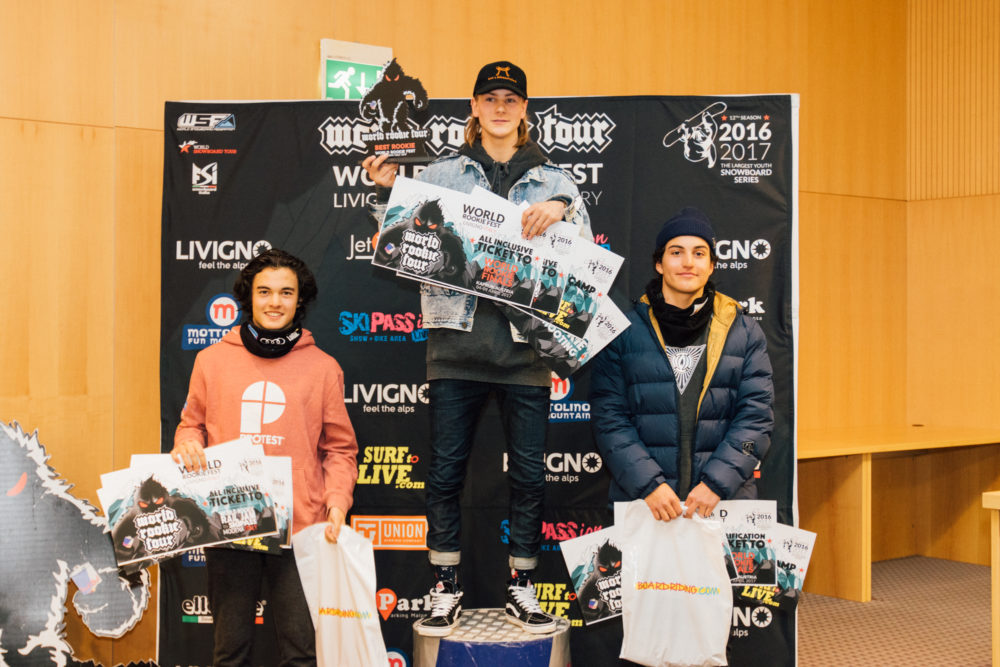 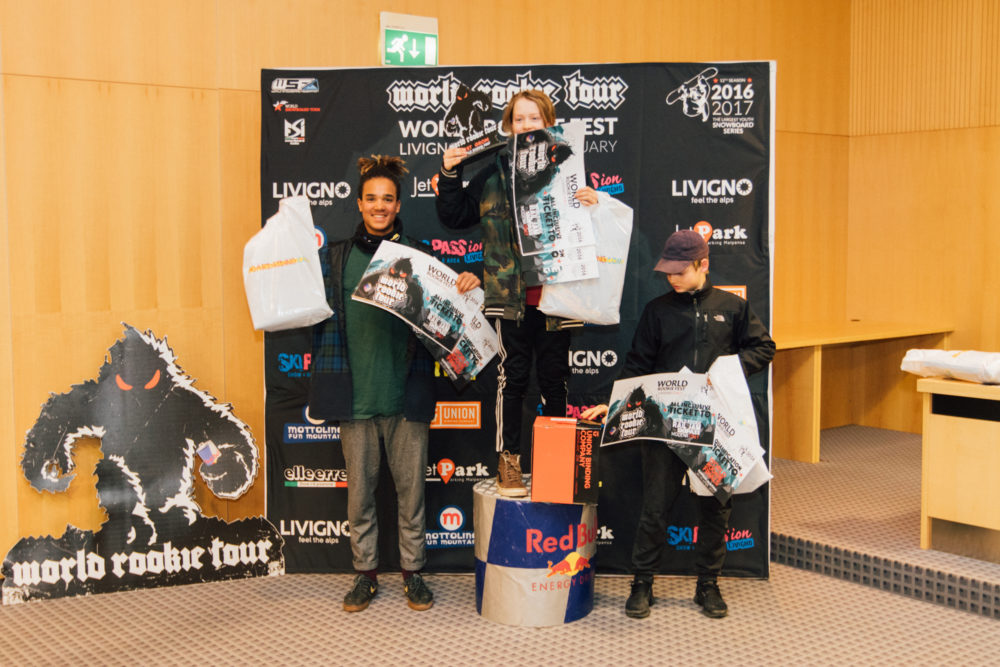 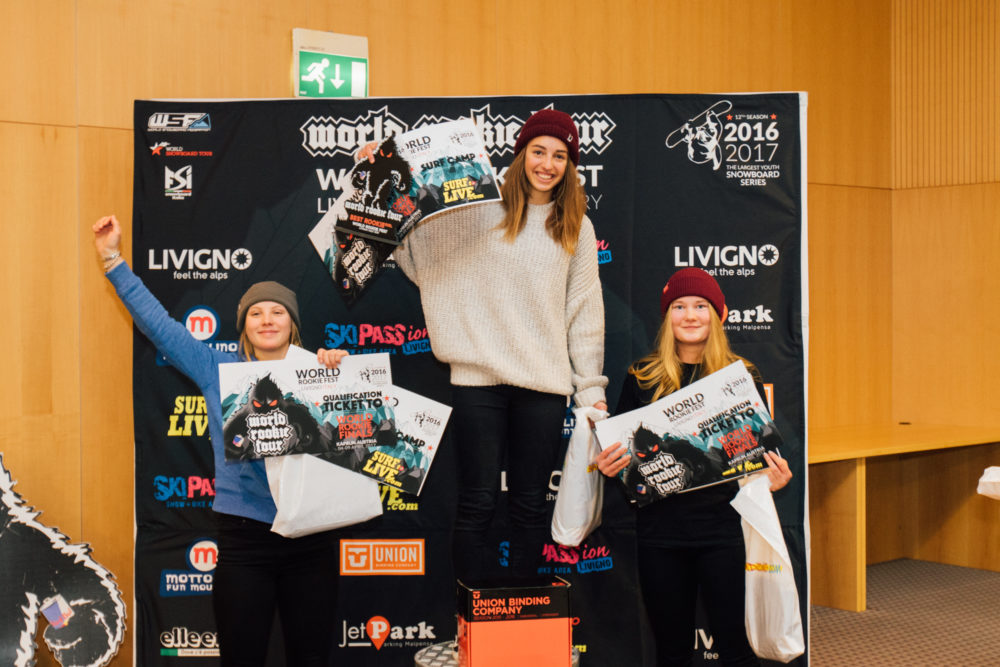 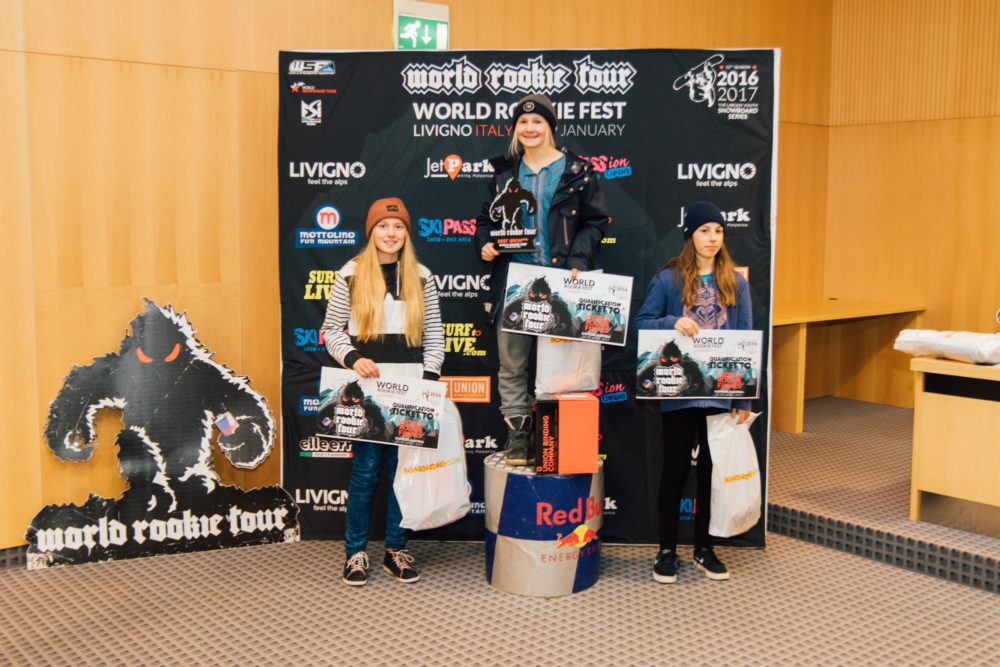 Photo Credits by Fizza
On the top: Birkir Georgsson