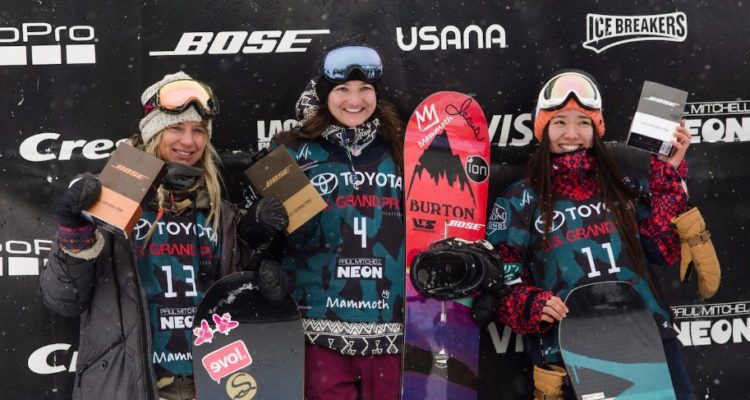 After Max Parrot (CAN) took the lead from Mark McMorris (CAN) last week, he seems to get comfortable at the top with McMorris in 2nd and Marcus Kleveland (NOR) in 3rd. Red Gerard’s (USA) win at the U.S Grand Prix in Mammoth moved him into 6th place.

The biggest leap on the womens side was made by Hailey Langland (USA) who is now in 4th place on the Slopestyle ranking after she placed 2nd in Mammoth.

KELLY IS GOING FOR NUMBER 1

Kelly Clark (USA) is moving back towards the top spot. After her win at the U.S Grand Prix in Mammoth she is now back in 3rd place on the Halfpipe ranking.

The top 3 on the mens Halfpipe ranking have remained unchanged with Scotty James (AUS) in 1st, Chase Josey (USA) in 2nd and Iouri Podladtchikov (SUI) in 3rd. Brett Esser (USA) made the biggest improvement of the day by jumping up 46 spots into 47th place.

Max Parrot (CAN) is the new the Big Air ranking leader ahead of Marcus Kleveland (NOR) and Sebastien Toutant (CAN). Max’s riding has been consistent this season and it is paying off with two world ranking top spots!