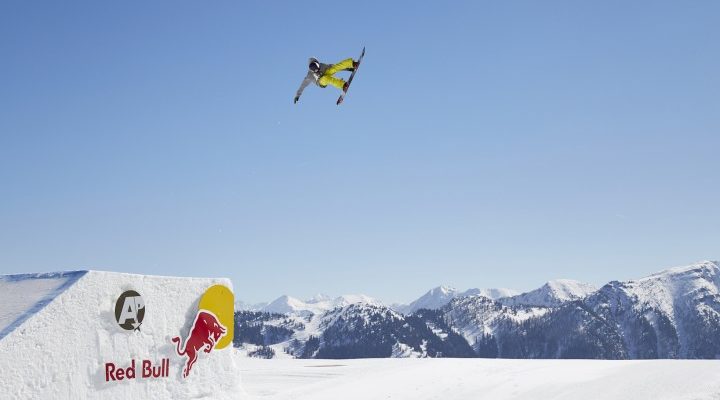 For 16 years, the Spring Battle has been all about creativity and fun, which is one of the reasons why well-known riders from Europe, North America, Australia and New Zealand keep coming back to the perfectly shaped Absolut Park in Flachauwinkl year after year to take part in the relaxed jam session at the end of the season.

2017, both the World Snowboard Tour and the Association of Freeskiing Professionals upgraded the event to a WST Elite Level Event and an AFP Gold Event. The men’s top 40 and women’s top 10 in the WST and AFP ranking will have a save spot at Spring Battle, so a number of high-class athletes will definitely be taking part in the contest again. Still, anyone who feels like challenging international contest riders and riding the demanding setup is welcome — the event is open for all, men, women, freeskiers and snowboarders.

Riders love the follow cam jam session format of the Slopestyle contest. Follow cam what?… No worries, it’s easy to explain: Just team up with a buddy or filmer, film each other’s runs for a couple of days until you capture a good one on video, and hand in the uncut video for judging. The team constellation is totally open, anyone can team up and even mixed teams are allowed. Creativity and style are the key factors for a good score, not the filming technique, and the contest will be judged in four categories: snowboard men and women as well as freeski men and women.

Even though the Spring Battle has the vibe of an easygoing jam session, the prize money is worth 70.000 US dollars, so taking part definitely pays off! As the number of participants is limited, we highly recommend you to sign up and transfer the entry fee until March 4, 2017, to get one of the open spots.

For more information about the Spring Battle 2017 and the Absolut Park, head to the WST Spring Battle profile or to www.absolutpark.com.