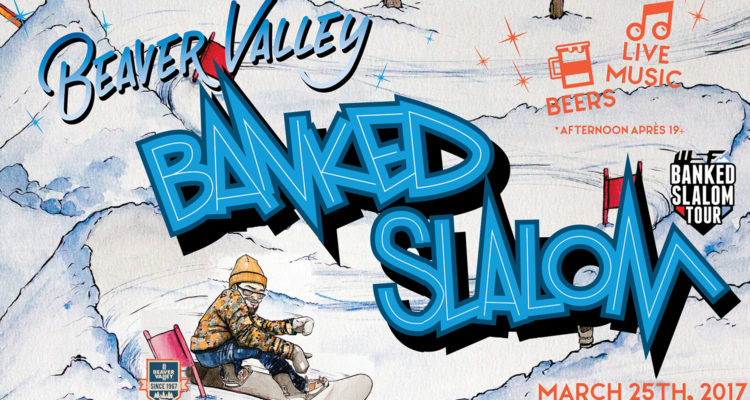 Building on four successful years as one of Canada’s largest annual snowboard gatherings, the 2017 edition of the Beaver Valley Banked Slalom promises to be the best yet! 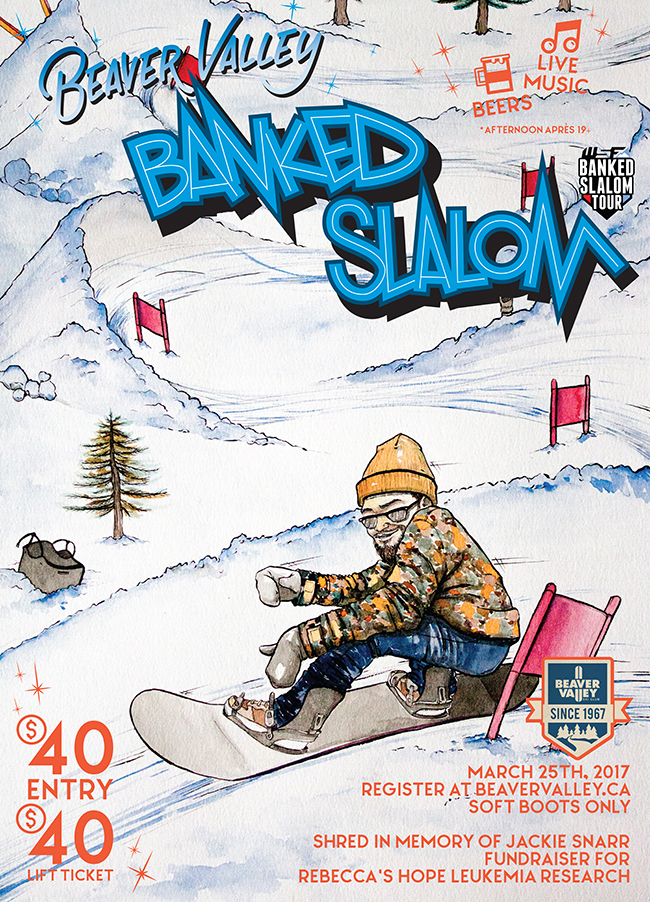 While it may be one of the leading North American stops on the World Banked Slalom Tour, the Beaver Valley Banked Slalom is a laid back, super cool contest that celebrates snowboard culture like few others while raising thousands of dollars for Leukemia Research in memory of Beaver Valley snowboarder Jackie Snarr.

The Beaver Valley Banked Slalom is truly one of the only events in Canada where you will find shred “legends” from park, pipe, boardercross and race riding together and alongside the best “groms” and industry icons. 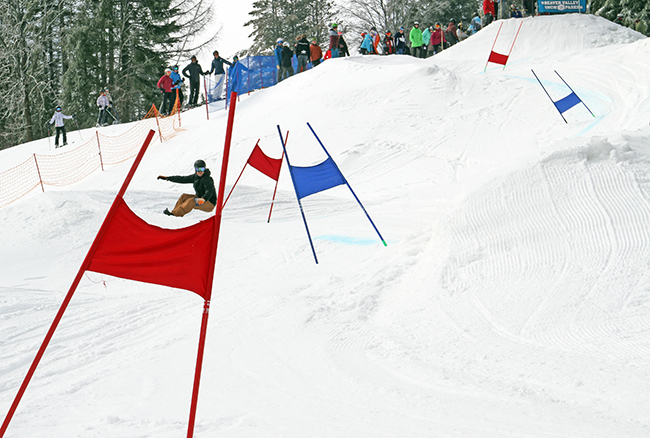 Where the rider drinking a “Mad Jack” beer next to you on the deck at the afternoon apres might be the Team Manager of one of the biggest companies in snowboarding. Where kids compete against their dads and moms. Where the “ski” racks at the base lodge are 100% filled with snowboards!

Where there are more people riding Beaver Valley’s awesome park runs than it’s groomed trails. Where the afternoon bbq, beers and bands are more important than the awards ceremony! 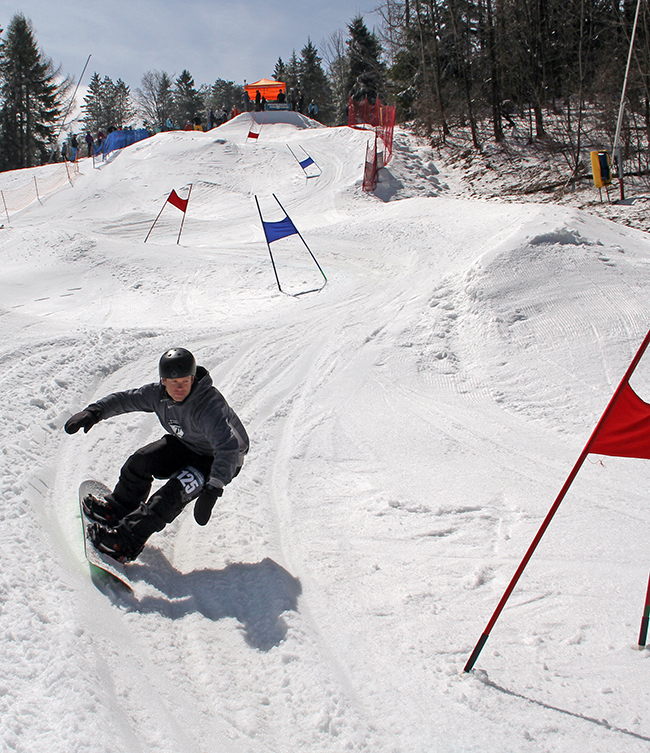 You can expect something new and cool every year at the Beaver Valley Banked Slalom.This year look for a fun Hip Jump session, Burton Riglet Park for the mini-shreds, Carve of Day contest, Puddle Jump and Jibs galore in the Park! Live bands on the snow featuring the “Foremast Jacks”! 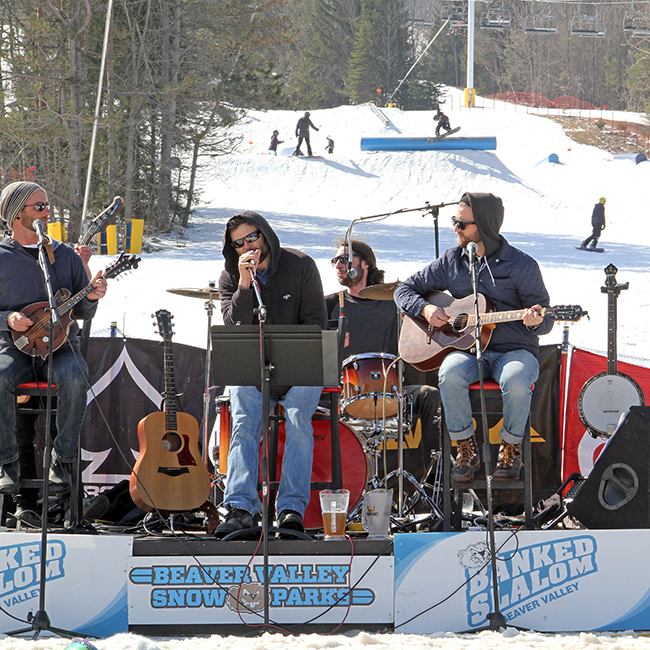 There are tons of charity prize draws supported by the leading brands in snowboarding including Capita, Union, Vans, 686, Arbor, Burton, Ride, K2, Zeal, Dragon, VZ, ThirtyTwo, Beaver Wax and more! Plus special accolades for the top shop and industry rep riders courtesy of “Union Bindings”. And coveted jugs of Beaver Valley maple syrup for all podium winners sponsored by “Kawartha Metals”! No wonder the Beaver Valley Banked Slalom sells out every year with 250 riders!

Register online now at www.beavervalley.ca before it’s too late! Don’t miss this chance to shred spring snow at one of Ontario’s best parks and biggest Banked Slalom!
The Beaver Valley Banked Slalom is a freeride (soft boots only) event with categories for all ages. Entry is open to riders on a first come basis. The best of two runs counts.< Stayed tuned for event updates @beavervalley.snowparks on Instagram.

Beaver Valley – “Where Adventure Lives!” – is one of Ontario, Canada’s premier family-based snowboard and ski clubs featuring the most diverse terrain in the region including extensive snow parks, legendary steeps and moguls; back bowls; terrain-based learning areas; progressive programs for snowboard, freestyle ski and race; a wide variety of winter recreational activities; and award-winning food and après! 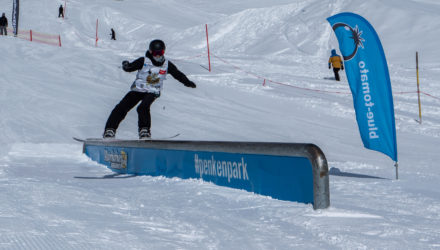