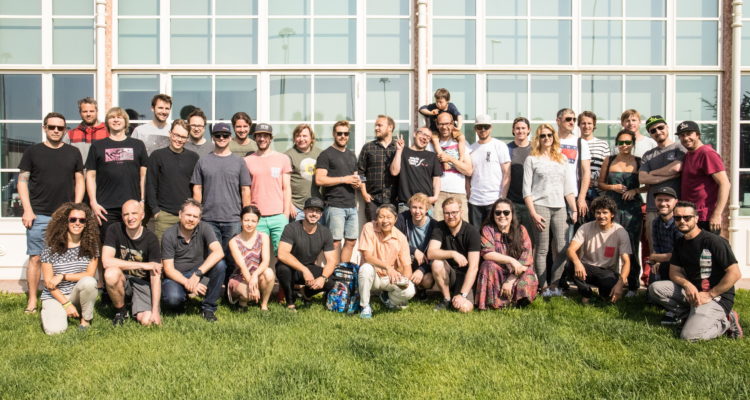 By combining the passion and the assets of the TTR and WSF, snowboarding will now have a majority share of the ‘whole of sport’ platform that will be further developed in the best interest of the riders on all levels for the seasons ahead.

The joint organisation will represent Nations, Event Organisers and Riders, with all key stakeholders finally coming together in one organization to shape the future of snowboarding.

This fusion of both organisations will aggregate a network of people with vast ‘whole of sport’ knowledge, key assets like the World Snowboard Tour, the WSPL (World Snowboarding Points List), the Global Season Calendar, the Planning Calendar, Sports Data and Stats Center, Officials’ Education Program and Event Certification resources. Most importantly, this merger will bring together the largest collective of competitive snowboarders and snowboarding events on the planet!

‘I am very happy that this merger has been agreed upon. Both organisations have been working towards this common goal for many years. We at the WSF organise stimulating and fun activities that grow and develop snowboarding in the true spirit of the sport. Combine that with the vast history of all of the sports greatest events that have grown alongside TTR Pro Snowboarding makes the new organisation very powerful.’

STRENGTH IS IN THE NUMBERS

The current worldwide competition landscape is extremely vital. By becoming one organization we are uniting a vast number of events and serve a growing number of snowboarders who compete on the World Snowboard Tour. Over 1000 events and in excess  of 10,000 active competitors, the new WSF represents snowboarding like no other organization in the world.

‘The ability to represent grass-roots competitive snowboarding worldwide, is well in line with our mission at USASA.  We are looking forward to continuing with the momentum from the WSF General Assembly 2017 in support of the proposed merger’

‘The alignment of WSF / TTR is a great next step in the evolution of the sport. For athletes, coaches, event delivery, partners and producers there is a clearer pathway for participants and competitions at each stage of the pathway. Now, national federations can see where events and athletes can develop more concrete plans to continue to progress both event evolution and athlete skill progression.’

Following the General Assembly in Verona, Italy, the merging process has been brought to its final phase after years of hard work to align the multiple shareholders and members of both organisations. As of today the work begins on the day-to-day administration of the major combined assets the World Snowboard Tour and the WSPL with the help of all member nations and their event organisers. In October 2017 an Extraordinary General Assembly will be held in Zurich, Switzerland, where the final pieces of the puzzle will be legally joined and the new board and new combined association President elected.

The WSPL, the core component of the World Snowboard Tour platform used by athletes to check their results and world ranking position, by all International and Elite events for seeding athletes, and by NSOs for selecting National and Olympic teams and by the media for clarity of sport communication was deliberately restricted in January 2017 by TTR Pro Snowboarding. This drastic move, which temporarily handicapped the WSPL’s value was aimed at triggering action from the snowboard community into financially backing a service that until this merger was fully financed by TTR Pro Snowboarding and its event members. With the merger complete and all NSOs in agreement the WSPL is now going to be reinstalled to its previous functionality for everyone to use freely with confidence that the system is the only true and complete ranking service for competitive snowboarding. This service will also become available to other non-freestyle disciplines as the WSF expands its servicing of its NSO members.

‘By becoming one, the new organization is well positioned to coordinate, support and communicate the interest of the world’s best snowboarders, all the national associations, as well as independent event organizers and the snowboarding industry. The new organisation can work with all parties on the global snowboarding stage to achieve a more sustainable competitive snowboarding landscape. This is everyone’s responsibility, and we call upon all to contribute in the best interest of the sport.’