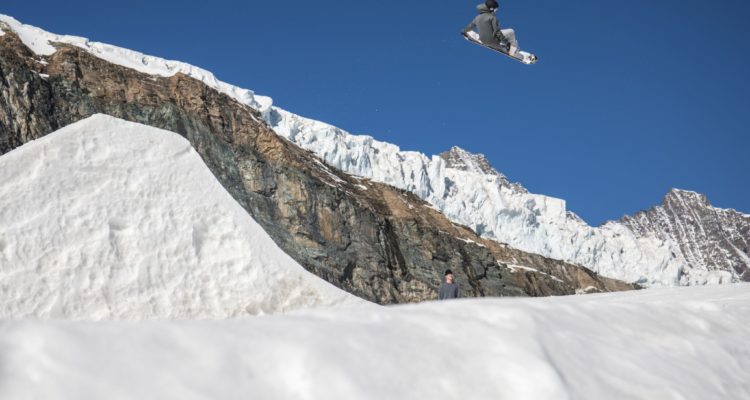 The World Snowboard Federation (WSF) today officially announces the completion of the merger with TTR Pro Snowboarding (TTR). Already for the 17/18 winter season, the merged organization will offer direct memberships and services for the sports key stakeholders: National Snowboard Associations, Event Organisers and Riders. All stakeholders will have voting rights in the WSF Annual General Meeting and representation on the WSF Board of Directors. All business operations and commercial activities will be provided by the World Snowboarding Marketing & Services GmbH, a company registered in Switzerland since 2011 and wholly owned by the WSF. This step marks the end of an era that began with the foundation of the WSF and the TTR in 2002 and the beginning of a new one with combined inherited values and culture ensuring the history of the sport will live on within its future framework.

Following a lengthy research project involving all of snowboarding´s key stakeholder groups, the WSF Board has approved the strategic plan proposed by an internal working group in a Board Meeting held in Zurich on Oct 4. A large cross section of National Snowboarding Organization’s, event owners and athletes were both interviewed and surveyed on the current situation within the sport and their needs. The overwhelming consensus of those surveyed has justified the relevance and essential existence of the WSF to the sport of snowboarding and its many stakeholders. This has led the board of the WSF to redefine its Vision and Mission statements as the foundation for the development and sub sequential implementation of the strategic plan.

MISSION STATEMENT: ‘To lead the development and growth of snowboarding worldwide, founded on its unique values and culture.’

As a first major strategic step in delivering our mission, the WSF has engaged in a dialogue with FIS to create a consistent and clear pathway for athletes and events at each stage of the sport development system. The desired outcome of discussions should see FIS and WSF work seamlessly within the proposed sports system servicing agreed components of the events pyramid eliminating confusion and simplifying the pathway for all stakeholders.

With its newly approved strategic direction, WSF will continue to focus predominantly on development of the sport and the events that fall into that arena on behalf of its NSO members, event members and the snowboard athletes worldwide. The WSF will continue to provide and maintain the world rankings for all freestyle disciplines (WSPL), the global event schedule and planning calendar, the Sports Data and Stats Center, an Officials Education Program, event resources and the bulk share of the world’s developmental snowboarding events and activities in service to its NSO, event and rider members.

‘With its legacy and foundation in the core snowboarding community, the WSF will strive to maintain the unique values and culture that its Mission Statement references. Snowboarding is an inspiring sport with a celebrated history and the WSF will do everything it can to keep that passion alive in the governance of our sport for the future generations of snowboarders.’

For more information and any questions please contact either:

The websites of both the WSF organisation and World Snowboarding will be updated over the coming weeks to better inform of the new direction.