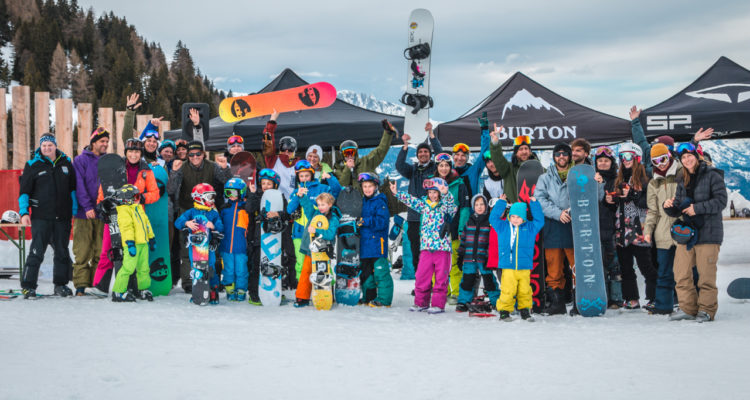 Eric, 7 years, couldn’t stop hiking the little hill right in front of the test booths to practice his Indy Grab on the Wriglet Box. His mum took pictures of him with her phone and with every try, he jumped a little higher. Zoe is 6 years old and normally a ski racer. But at the Family Freestyle Weekend in the Snowpark Alpendorf in the Snow Space Salzburg she took the opportunity to try out snowboarding and spontaneously postponed the planned ski race because she had so much more fun sliding sideways. Yet in between Zoe also headed for a couple of laps through the park with the freeski coaches, as she enjoys that a lot as well. 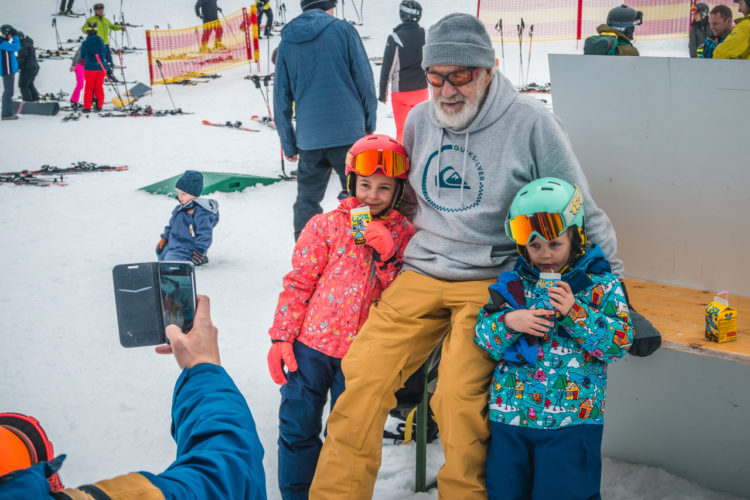 Tobi and Hubi, two pro freeskiers from St. Johann-Alpendorf offered valuable tips to kids between 4 and 16 years for hitting rails and kickers, so that in the end every participant got to take at least one new trick home. Every rider with skills surpassing the classic plough or pizza was welcome to join. On Sunday there were so many participants lined up for the freeski coachings that shaper Mo was mobilised as an additional last-minute coach. In total, they coached 60 kids in their sessions during these two days!

Benji and Raphi, the snowboard coaches from the Shred School had no chance to complain about lack in participation either. Together with Stefan and Chris from DSV Recruiting Training they gave 35 kids a detailed understanding of freestyle snowboarding on the superbly maintained boxes, rails and kickers in the Snowpark Alpendorf. And each time they passed the event area at the Strassalm, the smiles in the kids’ faces had grown wider. 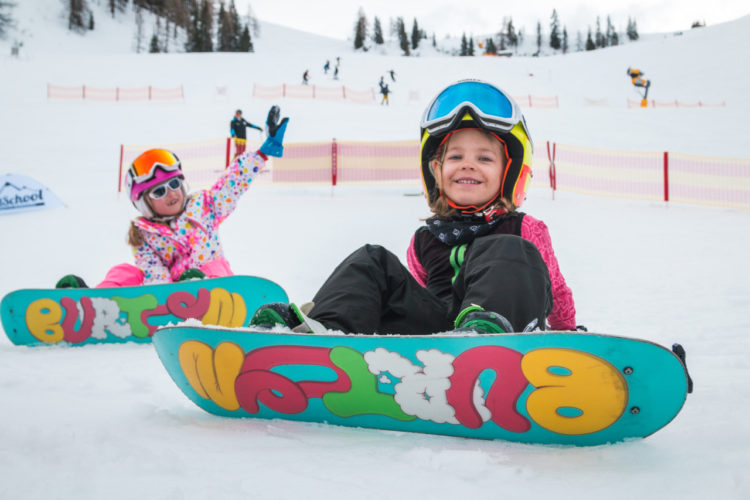 And since the name reflects the program at the “Family Freestyle Weekend” not only the kids got to freestyle but their parents as well! Papa Oggyi from Australia, Prime Magazine publisher Basti, former Pirate Movie Productions filmer Cepten, former Völkl Snowboards technician Thomas and former pro rider Alex followed the group of kids and coaches for a couple of laps, before heading for some more runs by themselves. Stefan from DC Snowboards teamed up with 3 of his buddies for a daddy-kids-trip to the Family Freestyle Weekend, while “The Snowboarding Family” represented with 3 generations on board, including 4 kids, providing for the youngest as well as the oldest shredders at the event: grandpa Dieter is 76 years old and still riding, while his 2 months old grandson Stani made his first laps in the carry sling with Mama Kathi. Everyone got their money’s worth!

The warm weather due to the Föhn added to the amazing atmosphere and happy vibes, only the photographers didn’t have the ideal conditions shooting in flat light. The event area at the Strassalm offered an ideal base for parents and kids alike. At the Snow Space Salzburg and Gorilla booths the freestylers were catered for with apples, tea, chocolate and vanilla milk. At Burton, Yes. and Jones young and old got the latest snowboard gear for testing by themselves or in the kids beginners course that’s offered by the local snowboard school Toni Gruber. And as a little side note: all test booths were managed by shred daddies as well, who came with their families! Among the former pro riders Tanja Baumgartner and Tom Recheis. 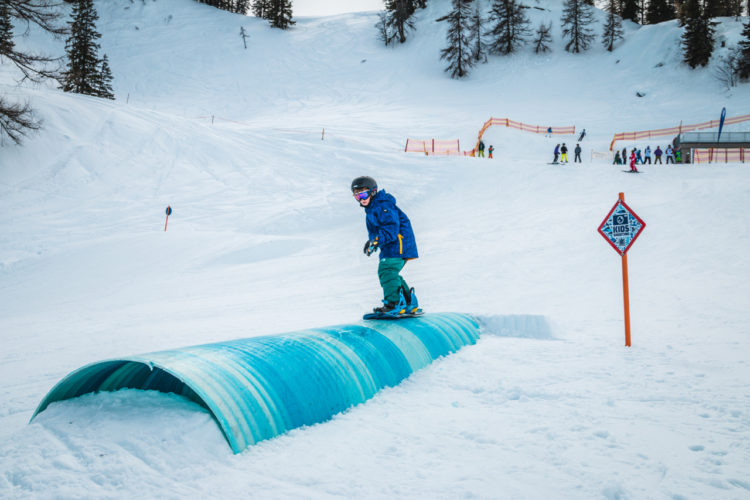 This fostered lots of great talks among parents on their experiences at what age to get the offspring on board and when their little ones learned their first turns. Next to pioneering snowboard parents there were also some who had never tried out freestyle before.

New friendships between kids and also between parents were deepened at the Barilla Pasta Party on Saturday afternoon in the Hotel Alpina, next to the bottom station of the gondola in Alpendorf. The kids bingo with goodies from the participating brands inflames the kids passion one more time, who anxiously waited for the right numbers to finally be drawn for them. In the end all kids and also the parents left with at least one prize and a nicely filled belly. Ensuring for a proper good nights’ sleep without any of the kids asking for play time with their parents’ smartphones…

Find photos and video footage on the Facebook Page https://www.facebook.com/snowparkalpendorf/ 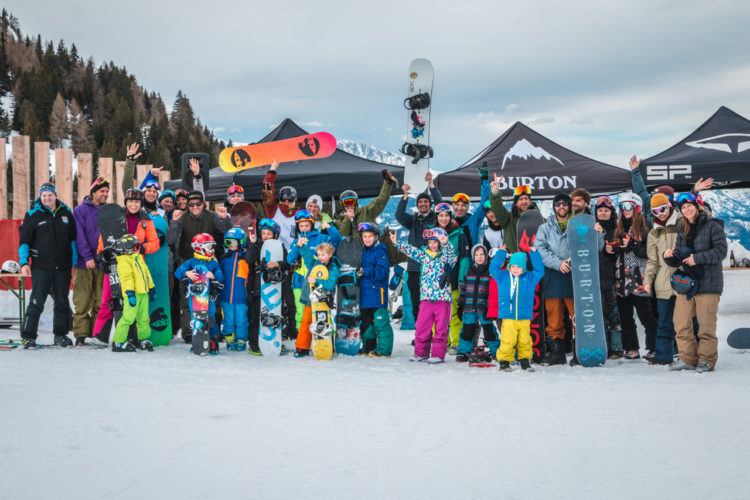