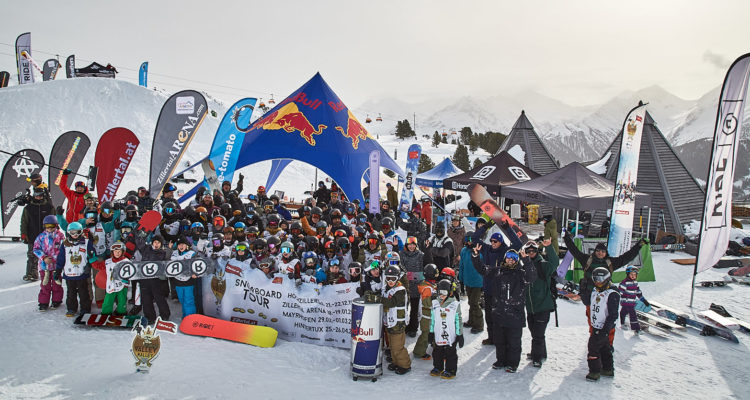 The second Zillertal VÄLLEY RÄLLEY went down on the weekend!

The second Zillertal VÄLLEY RÄLLEY tour stop hosted by Blue Tomato & Ride Snowboards went down on January 25th and 26th, 2020 at Zillertal Arena. Around a hundred riders were present at the Actionpark Kreuzwiese in Zell to participate in the Zillertal’s popular snowboard amateur series. Andreas MonEpic Monsberger has put the highlights together in moving pictures:

Just in time for the second Zillertal VÄLLEY RÄLLEY tour stop hosted by Blue Tomato & Ride Snowboards, park designer Manfred Brandacher and his Uniqueparks.com team did their magic for an appropriate setup on Zell’s Actionpark Kreuzwiese. And after the Bagjump landingbag powered by Prinoth had been the great attraction for trainings on the coaching dÄy, competitors of all age groups were throwing down their best tricks on the contest dÄy to earn valuable points, tons of medals and prize money. 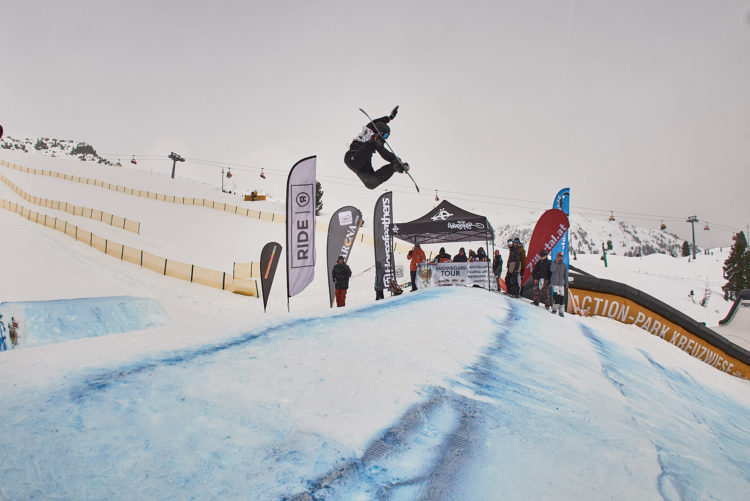 Scoring three times at once, it was Benedikt Fridbjornsson from Iceland, who was the absolute frontrunner of the contest. With his stylish rail trick 180 sw 50:50 360 out, he claimed the Horsefeathers Best Trick award, took home Silver in the Rookie Boys category (16-18 years) and became third in the overall men’s class in one go. Till Strohmeyer from Team Germany did almost as good with winning the Rookie contest and taking third place in the overall men’s class. But in the end it was Moritz Amsuess from Austria, who took the top spot on the overall men’s podium. Lukas Frischhut (AUT) became third in the Rookie Boys class while his brother Paul Frischhut (AUT) coincidentally took third place in the Grom Boys (13-15 years) category behind Petr Ershov (RUS) in first and Serhii Sanzhapov (UKR) in second place. Luka Kamissek (GER) went for Gold in the Super Grom Boys category (under 13 years), leaving his team mate Emil Frey (GER) and Englishman Roahan Duncan in second and third position. 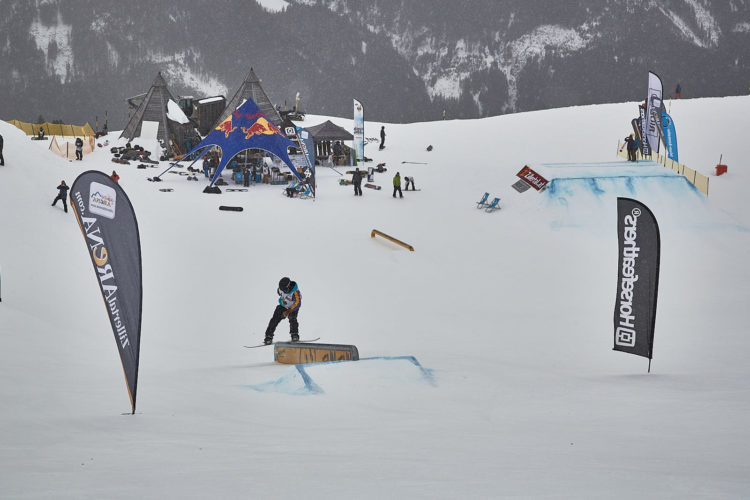 On the girl’s side, it was Manola Plur de la Rosa (GER), who took great applause for winning the Grom Girls contest and taking Silver in the women’s overall class. Her team buddy Laura Hahnl (GER) did not only dominate the Rookie Girls podium, but also took third place in the overall women’s class. Current Queen of the VÄLLEY 2019, Emma Lantos could not be beaten by anyone and defended her title, claiming the top spot on the overall female rider’s podium. In the Super Grom Girls category, Shania Colsters held up the flag for team Netherlands with a first place. Youngest rider of the competition and only 5-year old Maja Krauerova (CZE) got rewarded „most impressive Grom of the dÄy“ by the Ästhetiker jury. 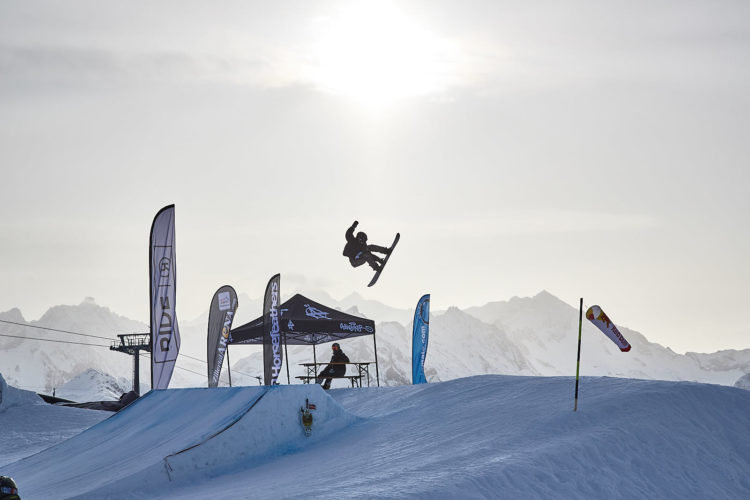 Sandra Biberger from Zillertal Arena is delighted about the successful outcome of the event: „Once again, the Zillertal VÄLLEY RÄLLEY has brought the youngstars of today’s snowboarding scene to the Actionpark Kreuzwiese. Especially the Bagjump Landingbag powered by Prinoth was enjoying great popularity on the coaching day. Thanks to the Ästhetiker crew and all participating kids – we are looking forward to next year at Zillertal Arena!“

With the second out of four results, changes are appearing in the Zillertal VÄLLEY RÄLLEY overall ranking. In the overall male category, Lukas Frischhut (AUT) takes over the lead, while Laura Zaveska (CZE) sits on top of the overall female ranking. Jakub Hrones (CZE) holds his pole position in the Rookie Boys ranking, while Hollie Smith (GBR) dominates the Rookie Girls class. On the Groms side, Serhii Sanzhapov (UKR) and Laura Zaveska (CZE) take the lead. Emil Frey (GER) and Shania Colsters (NED) are on top of the Super Grom Rankings after the second tour stop at Zillertal Arena. 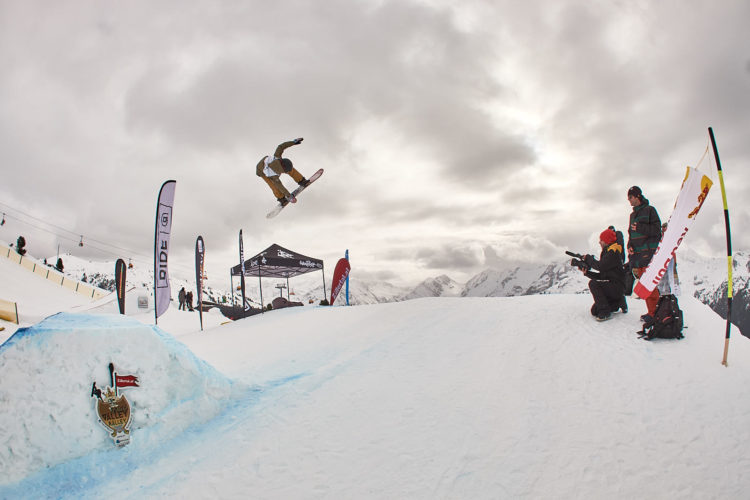 Two more events will be coming up and the overall winners will finally be crowned new Royal Zillertal VÄLLEY RÄLLEY family 2020 in Hintertux. All athletes participating in the tour are collecting points for the International World Snowboard Point List (WSPL), Rookies for the World Rookie Ranking. The points from the first three VÄLLEY RÄLLEY stages are counting as ASA (Austrian Snowboard Association) Austriacups and Rookies can win Wildcards for the World Rookie Finals 2020. More info at Worldsnowboarding.org and Powdern.com. 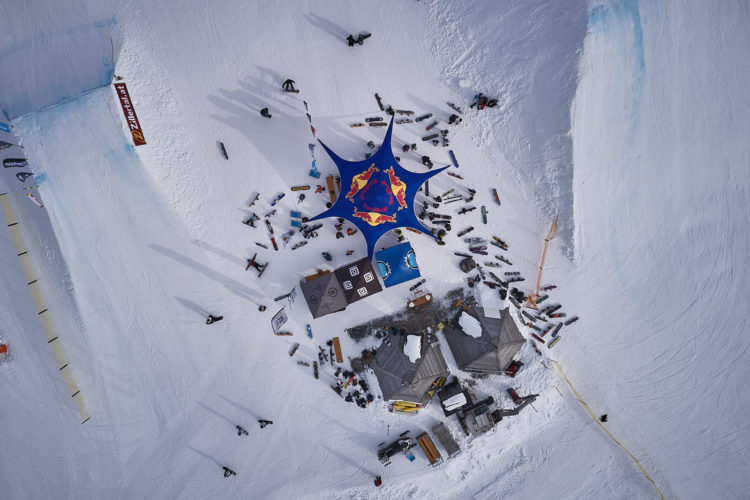 All results, rankings and photos are available at www.valleyralley.at or www.zillertal.at/valleyralley