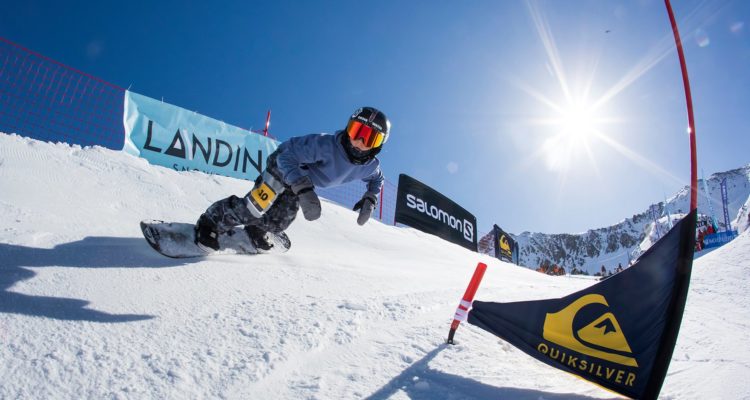 Key information for you:

Full information for you:
For the second year in a row and coinciding with the 15th anniversary of Landing Snowboard, one of the stopovers of the Banked Slalom Tour of the World Snowboard Federation will be celebrated again in the ski resort of Baqueira – Beret in Val D’ Aran, Spain. 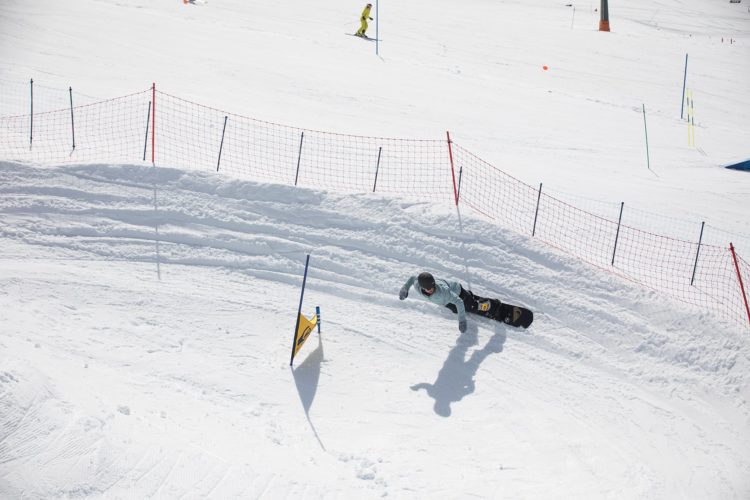 On the 21st of March, the snowboarders have a must-attend event in Baqueira-Beret. In its first edition on 2019, the contest  brought together more than 140 participants of all ages in a journey full of adrenaline, fun and fellowship. The weather and the slopes conditions led to an optimal day at the snowboard contest, where both young people and adults from France, Andorra and Spain enjoyed a perfect contest.

The Banked Slalom of Landing Snowboard will be built in the snowpark “Era Marmota” by the team of Baqueira – Beret, under the leadership of Quique Quintero, and in collaboration with Oriol Rosell, the shaper of Landing Snowboard. Both have large experience in construction, and both stand out for their quality and innovation and are recognized in the Pyrenees and abroad. 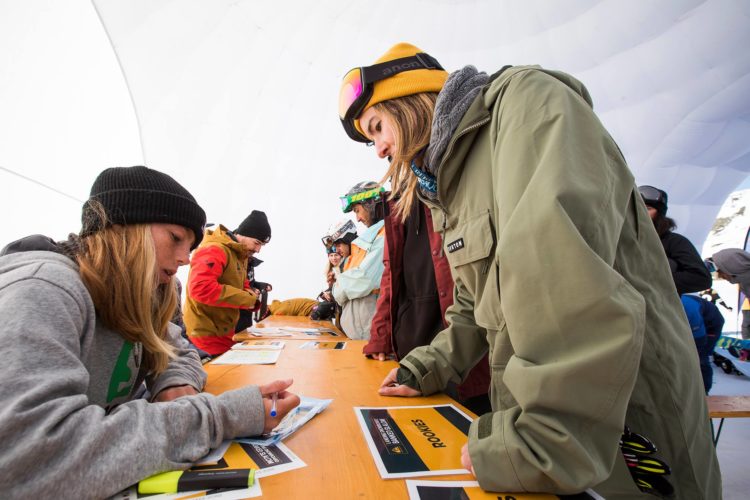 The participants in the contest will find a technical and very fun circuit raised for the enjoyment of all ages and levels. A total of 8 categories, 4 men and 4  women and distributed by range of age: Groms (<of 12), Rookies (<of 18), Seniors (<of 40) and Legends (> of 40) and as a newness in this 2nd edition, a category “Team Challenge” it’s introduced in which the best team of 3 people is rewarded.

Landing Snowboard, a ground-breaking company specializing in snowboarding and splitboarding, celebrates its 15th anniversary and after the success of the first edition repeats for the second consecutive year a stopover of the “Banked Slalom Tour” in collaboration with Quiksilver. 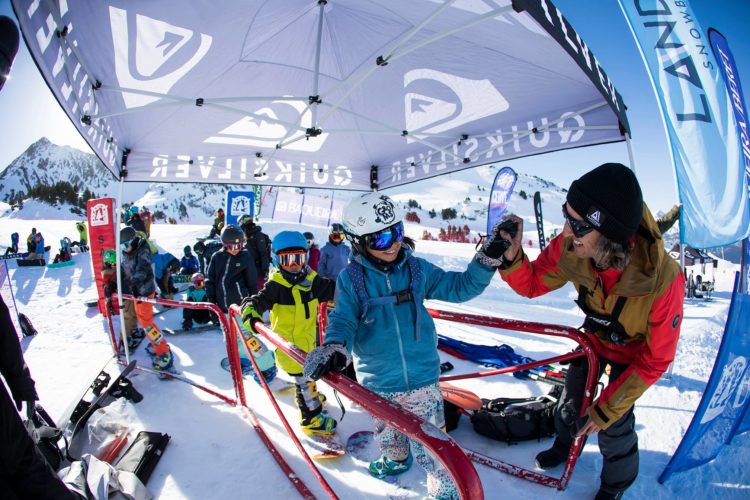 The company, founded  by two professional riders, Igor Domínguez and Javi Guimont, seeks to promote the practice of snowboarding. About this edition Guimont says:

“We are very grateful with the feedback of the first edition of the Banked Slalom in Baqueira-Beret, this year we have increased the number of registrations and added a team challenge although the most important thing for us is to keep the spirit of the first edition and see how motivated are the participants”. 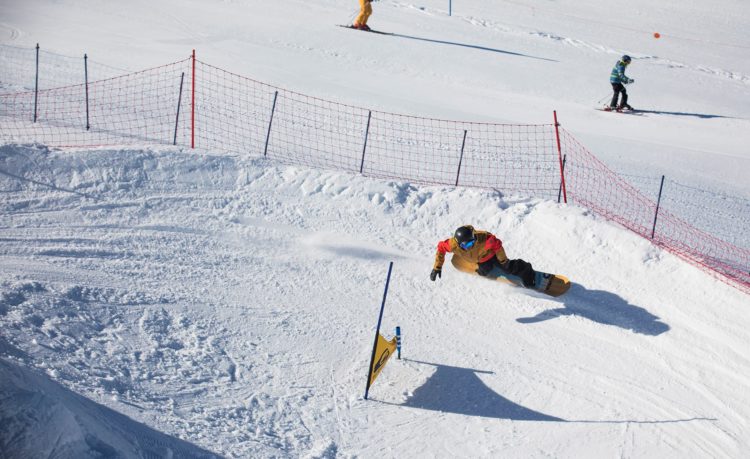 The registration can be done online for 200 participants on the Landing Snowboard website, and costs €15. The prizes for the winners are valued at more than € 10,000 in sports equipment, in addition, the ski resort will be offering a special discount of 40% on the price of their ski passes for all participants.

For this second edition of the Banked Slalom, Landing Snowboard has the support of sponsors such as: Quiksilver, Salomon Snowboards, Pannini, Foment Torisme Val d’Aran, Ajuntament Naut Aran, Baqueira – Beret and Mombisurf. 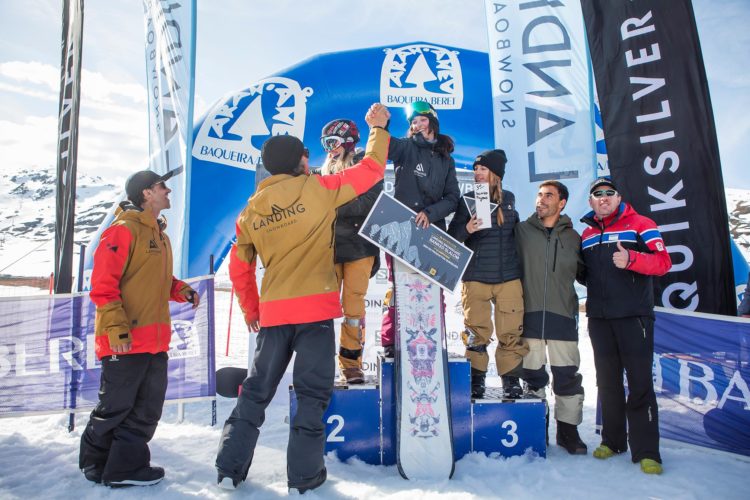 About Landing Snowboard
Landing Snowboard is a snowboarding education project that was born in the glacier of Les Deux Alpes in 2004 and is currently based in Baqueira – Beret. Its founders, Igor Domínguez and Javi Guimont, are two professional snowboarders who have been involved in the teaching and development of this sport in Spain for over 20 years. Under the premise of living the mountain and snowboard in a more experiential way, looking for sensations that go beyond sliding on a board, they decide to launch a series of experiences ranging from snowboard and splitboard activities for all levels to specific freeride and freestyle activities, as well as a snowboard club for the youngest in the house: from 6 to 16 years. 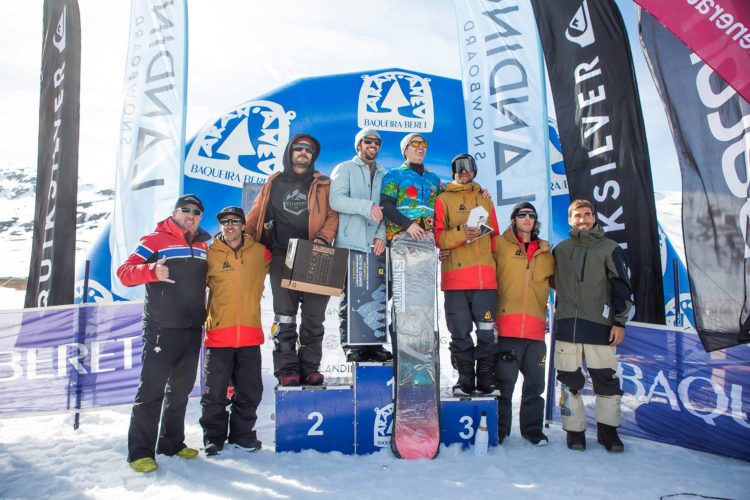 About WSF Banked Slalom Tour
Founded in 2014 through a committee formed by people who have a passion for snowboarding and see the potential for banked slaloms and how they can help promote snowboarding in general. The WSF Banked Slalom Tour is a network of independent events or series with a common communication platform, starting with few countries where banked slaloms events already existed. In the last 2 years the tour developed very well – with 22 events and more than 2000 participating riders worldwide in the season 2016/17 – the project developed to one of the biggest Snowboard Tours around the Globe.

The long term goal is to increase rider participation and resort development of BSL events worldwide. To develop a ranking system specific to banked slalom and offer all level of riders fun events, not only focusing on the athletic aspect. To award the WSF BSL World Champions, male and female, based on overall yearlong WSF ranking and accumulated points, always maintaining and respecting the fun spirit and roots of snowboarding and Banked Slalom. We believe now is the perfect time to launch this tour. Many questions regarding the state of the industry and snowboarding in general, have led us to believe banked slaloms can revive interest in snowboarding and bring the fun back. We are relying on the network of organizers to share our vision and help us execute the first seasons of this tour, which will become a platform for the future of snowboarding. We want to thank all of the interested organizers for seeing the vision and sharing our passion for this tour. 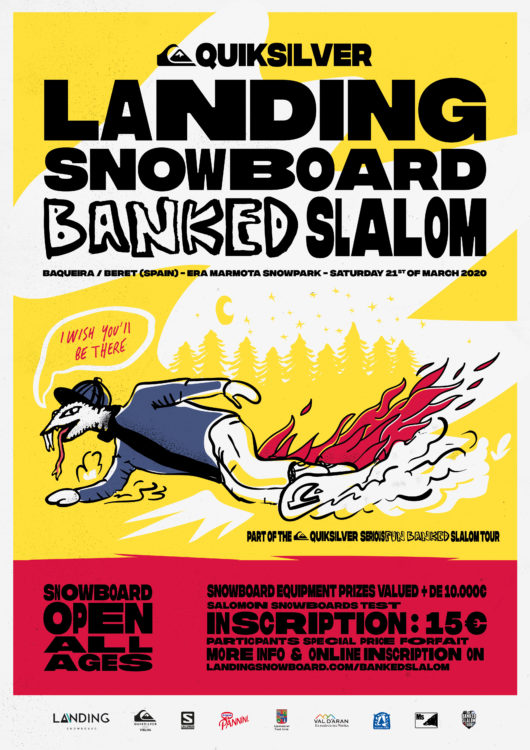 About Quiksilver
Quiksilver is an emblematic boardsports brand of Boardriders, Inc., founded by a group of surfing enthusiasts in Australia in 1969. True to a unique lifestyle, Quiksilver holds passion, authenticity and innovation to be fundamental values. The brand’s identity is represented by its logo, a mountain inside a wave symbolizing its attachment to boardsports and its playgrounds, the sea and the slopes. Quiksilver products cover the whole range of sportswear, accessories and boardsports gear. Quiksilver is also intimately associated with the very best athletes and the biggest events in the history of boardsports.

Check out the whole calendar of the WSF Banked Slalom Tour 2019/20.