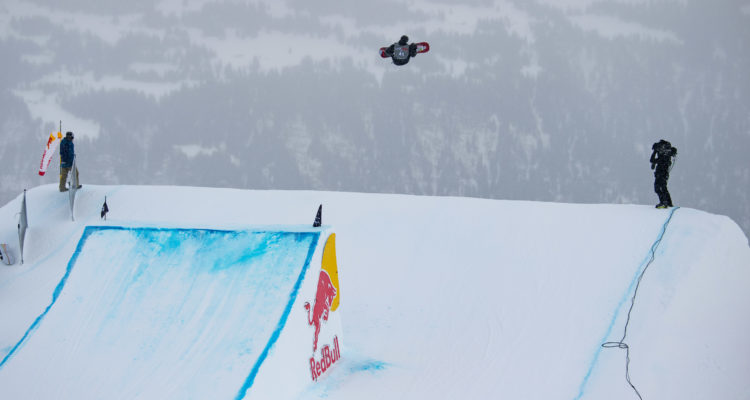 The first title decision was on the agenda at the LAAX OPEN for the Slopestyle finals. 8 female finalists and 12 male finalists rode for the podium places in the first FIS Snowboard Tour 2020/21 Slopestyle contest. In breathtaking finals with technically challenging runs, Jamie Anderson (USA) and Niklas Mattson (SWE) triumphed and will each be taking home prestigious OPEN titles as well as CHF 15,750 prize money.

LAAX is known for its innovative slopestyle courses, and this year was no exception. The 500 metre long course consisting of 6 elements starts with two rail sections, followed by a transition feature and two jumps. The final element is the creative Watch obstacle. Riders were full of praise for both the course and the Snowpark LAAX crew. 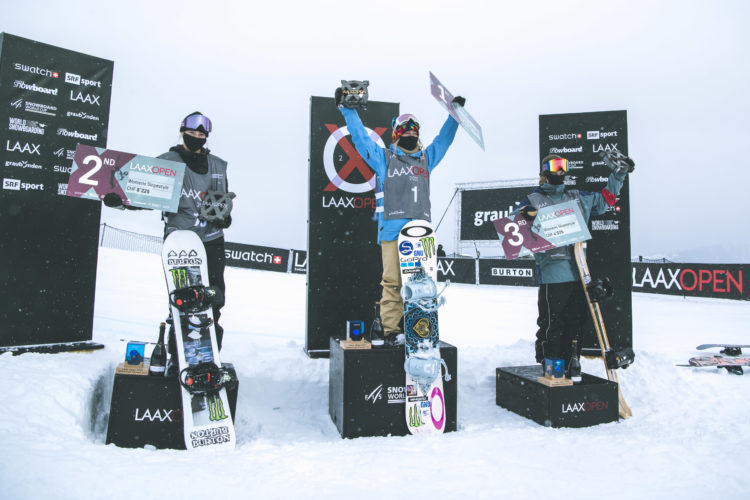 In the women’s category, Zoi Sadowski Synnott (NZL) was clearly in the lead after the first run, in which all riders had to contend with the adverse wind conditions, ahead of 2-time Olympic champion Jamie Anderson (USA). In the second run, the wind died down and the ladies were finally able to tout their true talents. However, none of the women managed to beat Zoi’s score, who went into her second run as the penultimate rider of the finals, still at the front of the field. Knowing that Jamie Anderson was still on top, Zoi tried to top her own score from the first run, but failed. Then came Jamie Anderson who demonstrated her full routine, only to once again prove a delivery under pressure like no other. With a super smooth run she literally bagged the highest score of the day with 84.35 points in the last minute and thus, her 5th LAAX Slopestyle title, which left her almost lost for words: “I’m so happy! In the second run, I decided to risk everything and it paid off.  A big thank you to the LAAX hosts and the FIS Snowboard Tour!” Bringing in third place is delighted Australia’s Tess Coady. 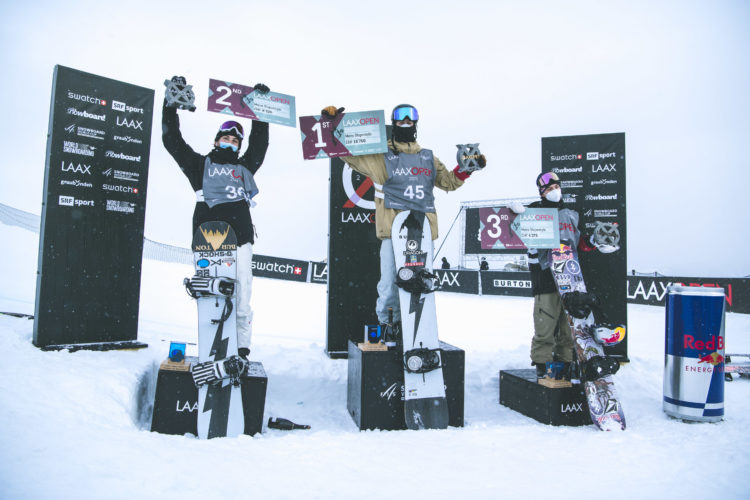 Experienced Swede Niklas Mattsson opened the men’s final with a clean and cool technical run that earned him 84.28 points. This laid the foundation for his first Slopestyle World Cup victory, as none of his competitors were able to knock him off the pedestal and beat his score. Incidentally, Mattsson is the first Swedish Slopestyle winner in LAAX since Chris Sörman, who claimed victory at the first Open in 2005. Leon Vockensperger (GER) wowed in second place and celebrated his first World Cup podium with a run packed full of flair and finesse: “I can’t believe I am standing next to my idols on the podium right now, it‘s incredible.” Norway’s Marcus Kleveland completed the podium in third place. Swiss semi-finals winner Moritz Boll finished in 7th place.

Tomorrow the LAAX OPEN 2021 will end with the Halfpipe night finals, for all to watch live online or on TV from 17:45 onwards.