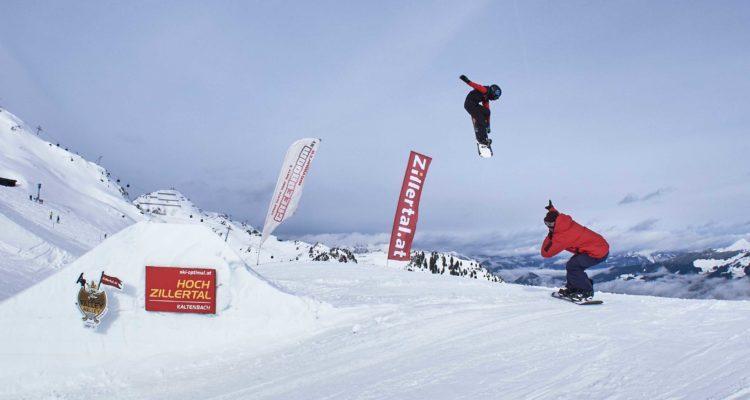 Under strict safety precautions, the Zillertal VÄLLEY RÄLLEY hosted by Blue Tomato and Ride Snowboards will be kicking into its 9th season at the ski resort of Hochzillertal – Kaltenbach on December 18th and 19th, 2021. The popular snowboard tour offers freebie freestyle coaching sessions to all young up-and-coming snowboarding talents, who can also join in the contest against their peer competitors at the event. Due to the government restrictions of 2G, only vaccinated or those riders who are proven to have recovered can join in the VÄLLEY RÄLLEY. The online registration is now open at www.valleyralley.at and spots are limited. The sign-up will be closing on Thursday 16th of December. So you´d better hurry up now! 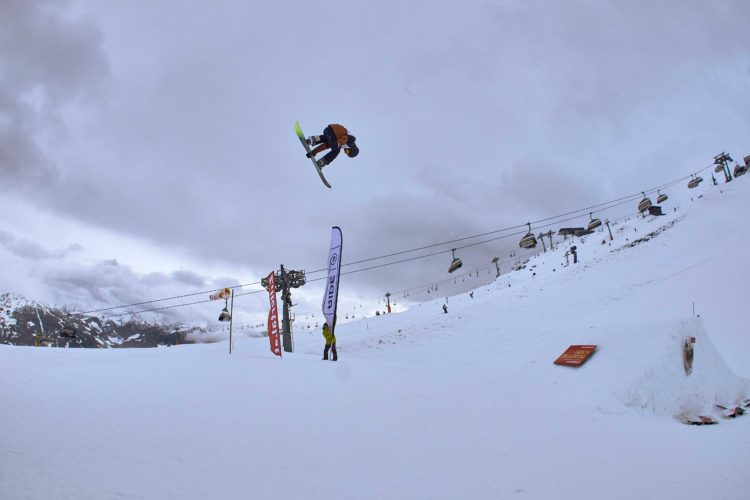 Here´s some good news for you! The ski resort of Hochzillertal – Kaltenbach has opened doors on Saturday, 11th of December and on December 18th and 19th, the better park Hochzillertal will ring in the season with the first Zillertal VÄLLEY RÄLLEY tour stop 2021/2022. All guests using the cable car and all VÄLLEY RÄLLEY participants have to stick to the 2G rules, which means that they need to be vaccinated or recovered. FFP-2 Masks have to be applied indoors at the registration, in the gondola, and at the prize-giving.Martha Schultz from the ski resort Hochzillertal – Kaltenbach is happy to offer a new highlight for young snowboarders again: “The snowpark is shaped and we are ready to host the first Zillertal VÄLLEY RÄLLEY tour stop at betterpark Hochzillertal. We are very excited to see all the young up-and-coming snowboarding talents show off again. Now it´s just all about getting registered. We at Hochzillertal are looking forward to the event.”While riders will be training at betterpark Hochzillertal on the Coaching day, all resort guests will have the opportunity to demo/test the latest Ride Snowboards and bindings at the test booth.  On the contest day, teams from all over Europe will be raising the bar on the slopestyle setup at betterpark Hochzillertal. The podium winners will be raking in medals, prizes and prize money for their top performances and the best trick of the day will be honored with a special prize from Horsefeathers.With the first out of four results, the hunt for valuable Zillertal VÄLLEY RÄLLEY overall ranking points will be on at the ski resort of Hochzillertal – Kaltenbach. The overall winners will be crowned the new Royal Zillertal VÄLLEY RÄLLEY family 2020 at the last tour stop in Hintertux. Riders participating in the tour will also be collecting points on the International World Snowboard Point List (WSPL) and the tour stop is officially counting as an ASA (Austrian Snowboard Association) Austriacup. On top of all this, rookies are collecting points in the World Rookie Ranking. More info about the international points system can be looked up at http://www.powdern.comThe partners of the first Zillertal VÄLLEY RÄLLEY tour stop are:Zillertal Tourism GmbH, the ski resort of Hochzillertal-Kaltenbach, Best of Zillertal tourism association, Betterparks.at, Kristallhuette, Blue Tomato, Ride Snowboards, Red Bull, Horsefeathers, Dana Beanies, World Snowboard Federation (WSF), Austrian Snowboard Federation (ASA), World Rookie Tour (WRT)Haven´t looked for accommodation, yet? All hotels will be opening again on the 13th of December. Check www.best-of-zillertal.at or www.zillertal.at and find your stay!All info, updates and registration at www.valleyralley.at  or www.zillertal.at/valleyralley